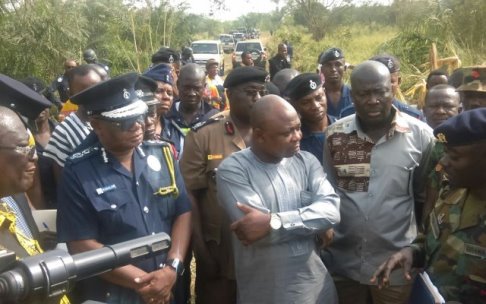 Over 1,225 residents of Piabo in the Nsawam-Adoagyiri Municipality of the Eastern Region have been rendered homeless, following the dynamite explosion in the area, last Wednesday.

This is according to the National Disaster Management Organization (NADMO).

The explosion killed one person and left 12 others injured.

The Eastern Regional Coordinator of NADMO, Ransford Owusu Boaky, told Citi News that though they are overwhelmed by the number of people who need help they will start distributing relief items from Tuesday.

“You have to assess the situation, the needs of the victims, before you can go in with any kind of relief. The magnitude is so huge that it has taken our men so many days and as I speak some of them are still on the field assessing the situation.”

He noted that “If you look at the houses that were affected, we have recorded almost 1225 people displaced but the number has increased. We hope to complete the assessment by the close of today and go in with relief items on Tuesday.”

He had earlier told Citi News that because the victims were staying with friends and relatives, it was difficult getting the exact number of people affected by the explosion.

“We have created what we call a safe haven at the St. Martins Secondary School and then the Catholic Youth Organisation at Nsawam but they are refusing to relocate there. Almost everybody wants to be with a friend or relative and that is the problem we are having now.”

He said “we are having it very difficult having access to the victims. If you want to go with relief items you should have all these people at a particular place, either than that we have to take house numbers of the relatives and friends and then move to those areas which will make our work very difficult.” 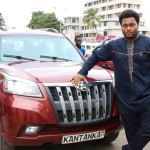