The New Patriotic Party’s (NPP) argument for a fresh voters register was tested on Tuesday at a debate organized by the Institute of Economic Affairs (IEA).

A Senior Lecturer at the Political Science Department of the University of Ghana, Dr. Ransford Gyampoh, who subjected the allegations of a bloated register to the litmus test, insisted that the claims are hollow, selective and baseless.

“How valid, reliable and truthful are these allegations coming from a party seeking to capture political power. In Ghana, the history of our fourth republic shows that anytime political parties are seeking to annex power, they indulge in all manner of things and so shouldn’t these allegations first be thoroughly investigated by the EC?” he queried.

Dr. Gyampoh also questioned why most of the supposed evidence of foreigners on the nation’s register presented by the NPP has “been limited to only areas close to NDC’s stronghold, particularly Togo.”

“Where are the other compelling border towns’ evidence? It is important for us not to lose sight of the fact that, our constitution favors dual citizenship. I must say, it is, however, silent on the right of such people to register as voters, but this silence of the constitution cannot be interpreted to suit the whims of any group,” he cautioned.

The political scientist also noted that Ghana’s voters’ register was compiled in 2012, and that of Togo was done around 2014/2015, “so couldn’t it also be that Ghanaians here who have dual citizenship after registering and voting here, also went to Togo to register?”

But in a sharp rebuttal, a former Deputy Speaker of Parliament, Professor Mike Oquaye, said the Electoral Commission cannot be allowed to audit the current register when they deliberately bloated it.

He lamented that few months after the NPP provided evidence of the bloated register “nobody has come to make any police investigation or asked any question. Nobody has been invited, no steps have been taken. It is as if we don’t care about what happens to the EC database.”

Mike Oquaye again raised concerns about a recent biometric registration exercise undertaken by the NDC to register its members.

“They went out and asked for voter ID numbers as well as the polling station codes of their members. They did not collect fingerprints, they did not take pictures. The NDC then generated a membership card containing the exact same pictures and biometric details as contained in the national voters’ register. We are asking that this cannot be done without a collaborative effort from the EC.”

“So how did you have that singular access to that database? It’s something that the country must go into. If that is so, then it means that the people we should rely on for the cleaning have been so compromised that you cannot say a cleaning exercise should be left to them. This is a very serious issue,” he added. 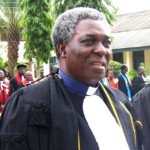 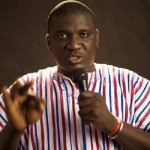