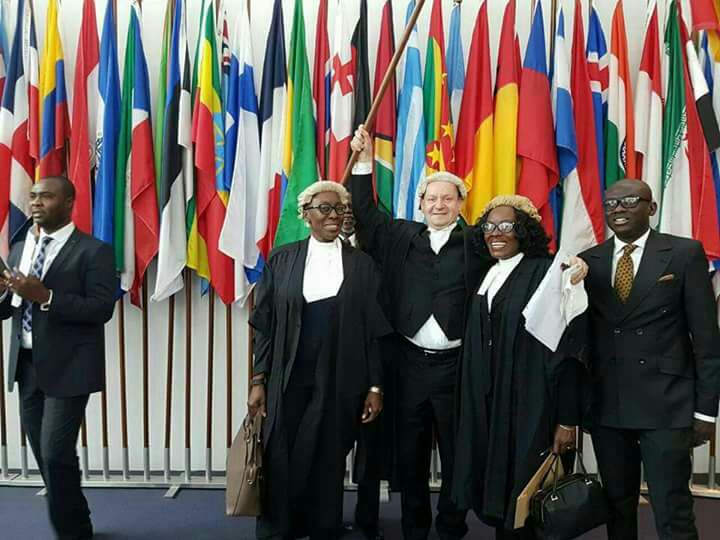 Former president John Mahama has lauded President Nana Akufo-Addo and the Attorney General, Gloria Akuffo for their “wise” decision to join forces with the former Attorney General under his administration, Marietta Brew Appiah-Oppong in the just ended maritime dispute with Cote d’Ivoire.

John Mahama, who initiated the legal proceedings against La Cote d’Ivoire in 2014 said that the ruling which went in the favour of Ghana comes with great joy to him.

In a Facebook post after the Special Chamber of the International Tribunal for the Law of the Sea (ITLOS) delivered a unanimous judgement in favour of Ghana, John Mahama said Ghana owes a debt of appreciation to the likes of the former Attorney General & Minister for Justice Marietta Brew Appiah-Opong, Deputy Attorney General Dominic Ayine for their commitment and hardwork on the matter.

The Special Chamber in a unanimous decision on Saturday September 23, 2017, ruled that there has not been any violation on the part of Ghana on Côte d’Ivoire’s maritime boundary.

Justice Boualem Bouguetaia, President of the Special Chamber in reading the judgment, accepted Ghana’s argument of adoption of the equidistance method of delineation of the maritime boundary.

Earlier today, September 23, 2017, the International Tribunal for the Law of the Sea (ITLOS) delivered a unanimous judgement in favour of Ghana. I received the news with great joy.

This marks a successful conclusion of four (4) years of hard work, dedication and commitment by a team of local and international lawyers and experts led by Ghana’s former Attorney General, Marietta Brew Appiah-Opong.

After fourteen (14) meetings of the Maritime Boundary Commission with their Ivorian counterparts over a period of six (6) years, a conclusion was reached in 2014 that negotiations were leading nowhere as La Cote D’Ivoire presented new calculations that claimed even more of Ghana’s recognised maritime territory.

Action became even more urgent after the Programme of Development was signed for work to begin on the TEN Field. Warning letters received from the Ivorian authorities by the TEN partners working legitimately in Ghana’s recognised maritime territory required that a definitive solution to the dispute was needed and urgently.

This was a difficult decision especially considering the very excellent relations established between our two countries. Our sovereignty and our precious resources were at risk and it was necessary to take the bold but difficult decision to issue the notice of arbitration to La Cote D’Ivoire.

I am proud of the results and salute my brother President Alassane Ouatarra that we did not allow this litigation to mar the cordial relations that exists between Ghana and La Cote D’Ivoire.

Appreciation must also go to former UN Secretary General Kofi Annan for his attempts, though unsuccessful, to mediate an amicable resolution of the dispute.

Ghana also owes its gratitude to President Nana Akufo-Addo and Attorney General Gloria Akuffo for allowing the litigation to continue and for the wise decision in seeking the collaboration of the former Attorney General in pursuing the case. It shows clearly, what we can achieve together when Government works as a continuum.

This win means that our sovereignty over the area has been preserved and upheld. It also means that all the billions of dollars’ worth of resources are available for the development and benefit of the good people of Ghana.
God bless our homeland Ghana and may He continue to make us great and strong.