The Coalition for the Defence of Equal Citizenship (CODEC) has backed the decision by the Electoral Commission not to compile a new voters’ register for the 2016 election.

According to them, calls by the New Patriotic Party (NPP) for Ghana’s current voters roll to be scrapped and compiled afresh are unfounded and erroneous.
The NPP had argued that the current voters register is flawed with names of minors and over 76,000 foreigners.

But the Electoral Commission last week rubbished the calls saying arguments given by the NPP are “unconvincing.”

CODEC in a statement commended the EC for standing resolute against several pressures from the NPP and pro-opposition groups which they said sought to discredit the Commission.

“In all these the EC had stayed resolute ensuring that facts and proper logical thinking reigned supreme over emotional outbursts and illogical conclusions which could derail our democratic process and lead to needless expenditure on the limited resourced obtained from the taxpayer.”

The statement signed by Godwin Edudzi Tameklo, Convener of CODEC said “we at CODEC were very convinced from the very beginning that the allegations made by the NPP through its surrogates groups and other civil society groups definitely did not warrant the complete overhaul of the electoral register.”

CODEC argued that “the NPP was fraudulent in its attempt at presenting what it calls evidence to the Electoral Commission” adding that “information reaching us indicates that Burkina Faso’s Electoral Register had no photos and therefore it is impossible to use any facial recognition software to cross-reference subjects.”

“Their Togo register argument was also very erroneous. We would therefore want to ask the EC to publish copies of their petition with its addenda to prove otherwise,” the group added.

They further warned persons “who have made it their duty to attack the EC and weaken its resolve to be independent” to desist from it and “to remember that our national interest must not be made to pander to the parochial interest of one group or another.” 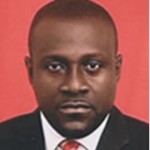