Flag bearer of the All People’s Congress (APC), Mr Hassan Ayariga has said the Kufuor administration tried planting cocaine on him, for which reason he had to close done his pizza restaurants.

“There was a conflict in Bawku in 2005, 2006 during the Kufour government and I had a very close uncle who worked with that administration and they said that I was importing weapons from Germany and I was sponsoring the war in Bawku because I was giving so much money and weapons to one side of the ethnic group and I was always flying to Germany … so I was doing a lot of stuff.

“… They said I was doing cocaine and many other things, so, a friend told me that the government wants to arrest me, and, so, I should be very careful [because] somebody is going to put cocaine in my office or in my restaurant, either in the toilet or somewhere and I will be arrested for it.

“My life is more important to me, so, I closed it [pizza restaurant] down. This was not hearsay. … I believed it because of the information that the person gave me. The person brought me pictures of me travelling abroad in the airline, pictures they took when I’m picking up containers. … They had all those pictures. So much money was not coming from the restaurant, I had other businesses, it was only when I had finished my haulage business, infrastructure business, then I come in the evening to sit at the restaurant,” Mr Ayariga told Accra-based Starr FM on Wednesday, 12 October.

Meanwhile, Mr Ayariga has said he has a mansion with four swimming pools in his hometown, Bawku, in the Upper East Region of Ghana. One of the pools, he said, is suspended.

The 44-year-old politician, who says he made his first million dollars at age 24, said if he could achieve such a feat with his life despite coming from a very impoverished part of the country, then he was willing to create an enabling environment in Ghana for every citizen to prosper, should he win the presidency.

Mr Ayariga and 12 other presidential nominees were recently disqualified from the 2016 presidential poll for various clerical infractions as far as filling their nominations forms is concerned.

His disqualification got him angry, causing him to describe the Chair of the Electoral Commission, Mrs Charlotte Osei as “stupid” and “foolish” when he spoke to Class91.3FM’s Emefa Apawu minutes after the announcement of his fate.

Mr Ayariga, who said he made his riches by importing second-hand electrical equipment and appliances to Ghana from Germany, and selling, as well as operating pizza restaurants in both Germany and Ghana, coupled with other businesses, noted that he single-handedly funds his political campaign. He has, therefore, dismissed assertions that he is a stooge of the governing National Democratic Congress (NDC) and being bankrolled by same.

Buttressing his point, Mr Ayariga revealed that he had so far spent about $4.5 million on vehicles for his presidential bid – all from his own coffers. The big brother of Mr Mahama Ayariga, Minister of Environment, Science, Technology and Innovation, who belongs to the NDC, said he has bought about 30 Pick-up trucks and a number of SUVs, including Land Cruisers, to help him execute his campaign for this year’s polls.

He, therefore, said his disqualification from the race, after having spent that amount of money and more, got him “upset”, thus his hurling of abuses at the EC Chair. “I’m not a happy man when it comes to things that I do right and somebody will disqualify us,” Mr Ayariga said on Wednesday. He has, however, apologised to Mrs Osei and all Ghanaians. He told Accra-based Starr FM that he was a “gentleman” who had a lot of respect for women and mothers.

Apart from Mr Ayariga, the other aspirants who were disqualified from the race over various anomalies include Dr Edward Mahama of the People’s National Convention (PNC); Dr Agyenim Boateng of the United Front Party (UFP); Kofi Akpaloo of the Independent People’s Party (IPP); Kwabena Adjei of the Reformed Patriotic Democrats (RPD); and Dr Papa Kwesi Nduom of the Progressive People’s Party (PPP). 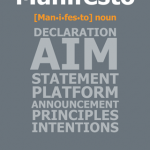 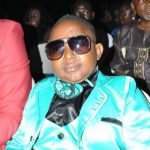