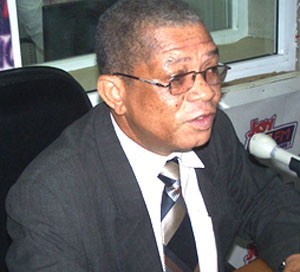 According to him, the opposition party in its bid to paint the Mahama-led administration black has issued the “spurious” statement.

The NPP is demanding an inquiry after a Norwegian newspaper revealed that government through the Power Ministry signed a dubious agreement with an alleged Dubai based fraudster Umar Farooq Zahoor in the process of procuring the gas turbines.

The newspaper which has accused the Ministry of failing to undertake due diligence on the contract before committing Ghana to a $510 million deal to purchase equipment which ordinarily would have cost $220 million, which means the country paid $290 million more than it ought to have paid.

The party in a statement signed by Acting Chairman, Freddie Blay said the contract smacks of corruption hence the need for investigations.

He explained that the NPP had representation in Parliament therefore cannot claim innocence if government failed to do due diligence.

Rather, Mr. Ametor Quarmyne urged the NPP “which is in turmoil” to concentrate on putting their house in other for united front in 2016.