Fearful of losing the November 7, 2016 General Elections after suffering seemingly internal wrangling, Today can report that the opposition New Patriotic Party (NPP) has resorted to mystical powers for salvation and intervention.

According to information available to Today, some powerful spiritualists within and outside Ghana in the coming days would be invited to the Asylum Down headquarters of the party in Accra to perform rituals to enable the party avoid a third successive defeat at the hands of its bitterest rival, the ruling National Democratic Congress (NDC).

The spiritual exercise, Today discovered, would subsequently be replicated in all the regional headquarters of the NPP across the country.

The reason for resorting to supernatural powers, Today understands, is premised on the grounds that the current leadership of the NPP-led by the acting Chairman,

Mr. Freddie Blay, feared that those leading members of the party who were suspended may hire the services of “Mallam” to work against the NPP’s victory in 2016.

Founder member of the Danquah-Busia-Dombo tradition, Dr. Nyaho Nyaho-Tamakloe, is the latest suspension victim of the NPP who was handed a letter recently by the Elephant family’s Greater Accra arm.
Dr. Nyaho-Tamakloe became the fourth prominent member of the NPP to be suspended, but the first victim in 2016.

The Mallam to be hired by the suspended executives, Today learnt, will be led by a woman to the NPP headquarters at the command of some national executive members of the party.

Today further gathered that some national executive members of the NPP believe that, the governing NDC had also resorted to juju to retain power in the 2016 polls.

That, this paper discovered, influenced the NPP to seek for a counter solution. And that in searching for the solution, the NPP, according to an insider, got connected to some powerful fetish priests who are known for their effective magical powers.

Early this week, founder and leader of Glorious Word Ministry International, Rev. Isaac Owusu-Bempah, prophesied that “If NPP is not careful the party will lose two of its great men.

Similarly, an evangelist and a senior Pastor of Better Life Chapel at Prestea in the Western region, Anthony Akoto, claimed that some politicians in the country travelled across the globe to seek satanic powers for election victory, favour and protection.

According to him, “politicians who do not want to toil to clinch victory,” he said, “go for juju or magical powers to realise their dreams.” 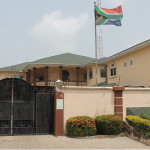