The New Patriotic Party (NPP) in the Northern Region has held inter-denominational prayer sessions for the party, calling on God to intervene to ensure victory in the November 7 polls.

Dr Aboagye Mensah, NPP National Prayer Co-ordinator for the Northern Sector, who led the prayers in Tamale, said the party is not taking its preparations for granted despite the “Poor administration of the National Democratic Congress (NDC) government”.

The prayer session was attended by regional and constituency executives and supporters of the NPP in the region.

Dr Mensah said it is very important for the NPP to pull its spiritual powers together and pray without ceasing to ensure that the party wins the upcoming Parliamentary and Presidential elections saying, “The battle is the Lord’s.”

Dr Mensah noted that God has interceded to safe many people in times of difficulties and was convinced that a similar thing is going to happen on November 7, where the people of Ghana would be salvaged by the NPP through the power of God.

Mr Daniel Bugri Naabu, Regional Chairman of the NPP said the party belief in God as the creator and has therefore dedicated its political struggle unto His hands.

“We of the NPP believe that we are all children of God created by Him to be happy and free.”

He claimed that the NDC had exploited and subjected Ghanaians to misery and indignity occasioned by greed, wickedness and outright incompetence and must be voted out of power.

He prayed to God to intervene and bring Nana Akufo-Addo, the party’s Presidential Nominee to power to redeem Ghanaians from the economic bondage that would put smiles on the faces of the people.

“We know that the NDC has always stolen the verdict of the people of this country when it comes to elections. We also know and believe that the time has come for our Lord to fight the battle for us,” Mr Naabu said.

He urged Muslims across the country to pray for the NPP since they are in their Ramadan period. 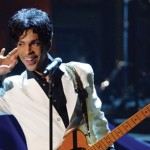