The New Patriotic Party (NPP) in the Eastern region has described the governing National Democratic Congress’ response to the Okyenhene as “tribalistic, divisive, and preposterous”.

The overlord of Akyem on Sunday 17 January expressed concern about the low representation of Akyems in the Mahama-led NDC government.

In a rebuttal, the Eastern Regional NDC party chairman, Bismark Tawiah Boateng, said the Okyenhene’s comments were unfortunate and claimed they were aimed at inciting people of Akyem extraction against government.

But the Eastern regional branch of the NPP, in a statement, said the NDC’s response had tribal undertones and must be condemned.

“The tribal undertone and the inciting nature of the said release must be condemned by all Ghanaians including all NDC members who want Ghana and our politics to be devoid of such attitudes and language that negatively portray our culture as uncivilised,” the statement said.

We find the release as extremely uncivilised, tribalistic, divisive, and preposterous.

The tribal undertone and the inciting nature of the said release must be condemned by all Ghanaians including all NDC members who want Ghana and our politics to be devoid of such attitudes and language that negatively portray our culture as uncivilised.

In the said statement, NDC regional executives described the Okyenhene in terms which we will not repeat here.

In sum, in their opinion, the overlord of Akyem Abuakwa has expressed concern about the low representation of the Akyems in the Mahama-led NDC government.

As a regional body, the New Patriotic Party leadership associate itself with the concerns raised by the wise traditional ruler. We further state that the Mahama-led NDC government has abandoned the proper management of the entire Eastern Region and now abuses its power there because: 1) it is not their political stronghold and 2) because it is the region of our flagbearer Nana Addo Dankwa Akufo Addo. They have hence deprived the region of the needed developmental projects but rather dispensed it to satisfy only their political interests.

Given the NDC’s propensity for spewing propaganda, it is not surprising that in their statement they claimed that the Mahama-led NDC government had appointed several Akyems to key positions in the country. It must be emphasised here that the so-called government appointees mentioned in their release, though might be Akyems, have portrayed the NDC governance hallmark of being self-centred individuals who have done little in their official capacity to promote development in the area and for that matter the entire Eastern Region.

We want to state unequivocally that the Okyehene, His Majesty Amoatia Ofori Panin is a well-respected traditional ruler in this country and must be accorded the needed courtesy he deserves. Any attempt to muddy the good name of the Okyehene and bring Okyeman into disrepute by NDC would be resisted and met with the strongest response it deserves. We in the NPP demand this for all our traditional leaders.

Again, the NDC regional executives disgracefully mentioned that the dual carriage roads from Nsawam through Suhum to the Apedwa stretch of the Accra-Kumasi Highway have been completed. In fact, it’s very shameful that this is how low the Mahama-led NDC government has reduced the country’s developmental efforts. As if this was not enough, their release also talked about the government having completed and tarred the Adeiso-Asamankese, Suhum-Asamankese, Nsawam-Asamankese, Osenase-Akwatia roads, Kyebi, Suhum & Asamankese town roads and Bunso-Koforidua roads. These are mere lies and propaganda which must only be told to the Marines. The truth is that the above stated roads have not been completed and tarred as they want us to believe. The motorists and commuters who ply on them are our key witnesses.

On education, it is to be mentioned that none of the three touted government Community Day Senior High School projects at Nyenoa-Kwaobaa (Upper West Akim District), Takorasi ( Denkyembour District), and Nyafomah (Birim North District) are near completion with other secondary schools in the Akyem area and most parts of the region suffering from massive infrastructure deficits. The truth must be told in plain language, the performance of majority of NDC appointees and MDCEs in the region are not encouraging, especially those in the seven Akim Districts, when we talk of developmental projects.

Additionally, the NDC lied in their release that the Okyehene questioned the President on his decision to set up a public university at Somanya in the Yilo Krobo Municipality with a satellite campus at Donkorkrom in the Kwahu North District and not on an Akyem land. We don’t think we should allow such wicked lies to be peddled about in the region. As usual what President Mahama and his NDC party sought to do by their release was to create a tribal hatred among the Akyems and the Krobos and to carry through their tribal bigotry which must be condemned in no uncertainty. The region has enjoyed a peaceful atmosphere and we should not allow ill-motivated politicians in the NDC to destroy it.

By this statement we are calling on all well-meaning Ghanaians to disregard the NDC release and continue to come out with any concern they find in this incompetent Mahama-led NDC government.

Finally, we would like to state that the people of the Eastern Region, by extension all Ghanaians, are very discerning and aware of NDC and their propagandist tricks. Ghanaians will recognise your good works if they exist but in this instance nothing concrete is there in the region for one to point to. The Mahama NDC government has brought nothing to the good people of Eastern Region and Ghana but rather untold hardships and corruption.

It is our firm belief that the good people of Eastern Region and Ghana as a whole will vote for a positive change. A change that will see Nana Addo Dankwa Akufo-Addo forming a non-corruptible government to bring the needed developments to them. 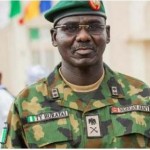