Thas emerged some members of the governing New Patriotic Party are unhappy with the president’s appointment of Martin Amidu as Special Prosecutor.

The unnamed members, some of whom confided in the Editor of the New Crusading Guide newspaper Malik Kweku Baako Jnr described Amidu as an “unpredictable”, “temperamental” “emotional landmine,” and a difficult personality to control.

The president, against all odds named Amidu as the preferred option for the office he set up to lead the fight against corruption in Ghana.

His choice of Special Prosecutor has received mixed reactions from the general public.

Anti-corruption campaigners have hailed the announcement, applauding the president for appointing the man who independently, and as a private citizen won a case against Alfred Woyome, a financier of his own party.

But members of the NDC are also unhappy with the appointment. Former Deputy Attorney General Dominic Ayine doubts the ability of Martin Amidu to be neutral and impartial in the discharge of his duties.

Even though he talks highly of Amidu’s legal credentials, he says, in the 2016 elections he campaigned in the corner of the NPP and cannot be trusted to be fair in carrying out his job.

Interestingly, it appears some NPP members are also unhappy with the appointment of Amidu for pretty much the same reasons the NDC members have raised.

It is the convergence of disagreement with the appointment by the members of the two biggest political parties that makes Malik Kweku Baako believe Martin Amidu is “fit for purpose.”

On Newsfile, he described the appointment of Amidu as a “political masterstroke” informed by “strategic thinking” by president Nana Akufo-Addo.

The appointment nearly forced an awkward dance in the studio from a man with a horrible dancing record.

Despite the fears of the critics of Amidu, the New Crusading Guide Editor said the Special Prosecutor’s office has the ability to tame Amidu and bring the best out of purpose.

Repeating his praise of Amidu during his Kronti ne Akwamu lecture, Baako applauded Amidu’s tenacity, perseverance, and relentlessness he displayed in the Woyome, Waterville judgment debt fight and his “singular patriotic crusade.”

Legal practitioner Ace Ankomah who was also a member of the panel on Newsfile described the appointment as a “serious gamble” by the president, a gamble he absolutely agrees with.

He said the appointment is also a signal to his own appointees in office the “if you mess up, I can’t help you.”

Ace Ankomah dismissed assertions Martin Amidu is likely to witch-hunt when he gets into office.

He said, the new Special Prosecutor is not a judge. If he goes to court on flimsy charges he will be thrown out. 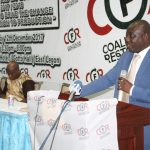 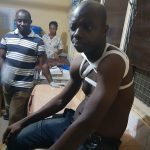