A planned rerun of polling station election for some 170 disenfranchised New Patriotic Party (NPP) voters of Manhyia North turned bloody last Monday when a group of machomen alleged to have been hired by the Regional Chairman, Mr Bernard Antwi-Bosiako, brutalised the hapless voters.

But Chairman Wontumi, as the regional party chairman is fondly called, has refused to comment on the issue as tension continues to mount ahead of the scheduled March 7, 2016 delayed parliamentary primary.

Per a road map agreed late last year November by all feuding parties, the disenfranchised voters were to be properly registered and duly assigned to enable them to cast their ballot to either elect the incumbent, Collins Owusu Amankwah, or his challenger, Nana Osei Banfo.

However, the Constituency Secretary, Mr Felix Ibrahim, alleged to the Daily Graphic that after voters had converged on an agreed venue for the exercise to take place last Monday, the chairman invited them to the regional party office on grounds that there had been a change of venue.

Mr Ibrahim further alleged that on arriving at the regional office, a group of thugs descended on the party faithful with all kinds of weapons to physically brutalise them.

The injured, according to other eye witnesses, included two old men who had a deep cut on the forehead and a fractured knee respectively.

The chairman is said to have unilaterally rescheduled the exercise to tomorrow, ahead of the March 7 voting for no apparent reason.

The Manhyia North election has been stalled due to a number of alleged irregularities and litigation.

People loyal to Mr Banfo alleged last November that the incumbent failed to meet the deadline for filing the nomination forms and, therefore, was not eligible to stand.

That allegation was, however, denied by party executives who eventually gave the two candidates the green light to contest the primary.

But that decision has been challenged by then Banfo group who alleged that the incumbent was being favoured.

Manhyia North is one of the new constituencies created by the Electoral Commission ahead of the 2012 presidential and parliamentary elections.

It used to be part of the Manhyia constituency and key to the NPP’s parliamentary victory in the region.

In the last election, the incumbent, Collins Owusu Amankwah, polled 36,775 votes representing 69.57 per cent of the entire votes cast.

The National Democratic Congress’ Samuel Bofa Donkor polled 13,439 votes, representing 25.42 per cent, Justice E. Ofori of the NDP had 2,342, representing 4.43 per cent, while Richard Acquah of the PPP polled 306, representing 0.58 per cent.

Owusu Amankwah is touted as the key man to increase the party’s presidential votes from 37, 853, representing 71.41 per cent in 2012, to at least 40,000 in the next elections according to the party’s estimation, and maintain the party’s seat in Parliament. 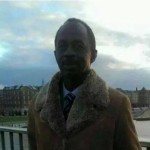 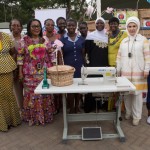