Kwesi Pratt, the Managing Editor of the Insight newspaper, has described as silly and unbelievable claims by the opposition New Patriotic Party that he benefitted from the GH¢51.2 million judgment debt wrongfully paid to Alfred Woyome.

Nana Akomea, NPP’s Communications Director, Nana Akomea at a news conference in Accra Monday alleged that Mr Woyome wrote down the names of all the beneficiaries of the money and indicated the exact reasons why the money is being paid to them.

According to Nana Akomea, the key beneficiaries include;

(d)GHC20,000 was given to NDC General Secretary, Johnson Asiedu Nketia

But Mr Kwesi Pratt has told Pulse.com.gh that the allegations are silly and shows desperation on the part of the NPP.

“This is extremely silly. It’s so silly; it’s unbelievable. This can only be a sign of desperation on their part. What is this? That you find somebody’s name with 2000 cedis by it and therefore we took part of Woyome’s money; it’s so silly…what is politics coming to. It’s just incredible. I can’t believe that this has happened; I can’t believe that they’ve been so silly,” he said 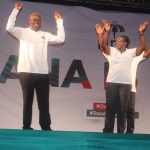 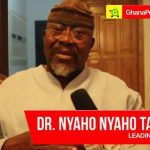