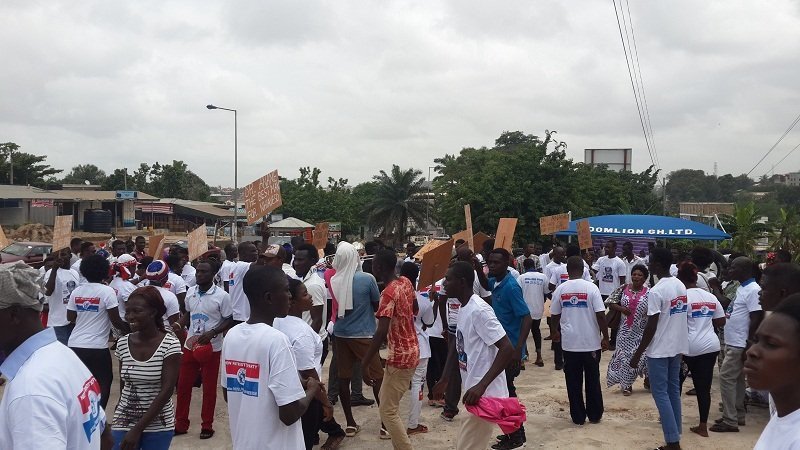 macho men have beaten a reporter for Bohye and Atinka FM in Kumasi at the Manhyia North constituency re-run of polling station executive elections for the New Patriotic Party (NPP).

Prince Osei Tutu, the reporter, was suspected of taking a video of verbal exchanges at the Moshie zongo polling station.

“I was making a phone call when macho men about 20 of them approached me and said I should stop videoing them. I told him I was not videoing them, they did not listen to me but started beating me with the policemen and party executives looking on,” said Osei Tutu.

He said he is going to the Police Station to lodge a formal complaint then proceed to the hospital for a check up especially as one of his eyes is affected.

At a press conference Wednesday, the constituency executives and supporters said Chairman Wontumi used what they described as faceless individuals to carry out his intimidation.

Macho men are reported to have assaulted some of the supporters who gathered for a rerun earlier Monday. Some claim they had sustained head injuries and fractures.

The Manhyia North polling station executive election has been postponed on a number of occasions due to disagreement over which register to use.
The issue has been in court and several committees set by the party both at the regional and national levels.

Party activists accuse regional executives of causing such interferences aimed at dropping the incumbent to advance their preferred choice
Several elections conducted by regional executives have been annulled.
Attempts by Joy News’ reporters Nurudeen Mohammed and Erastus Asare Donkor to speak to Chairman Wontumi have proved futile since Monday. 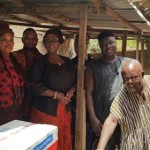 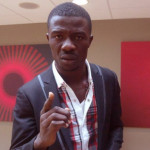