The Northern Region Chairman of the New Patriotic Party (NPP) Daniel Bugri Naabu, has accused the party’s MPs in the region of fomenting trouble in the governing party.

According to him the MPs are behind the rejection of President Nana Akufo-Addo’s District Chief Executive nominees for some areas in the region.

Addressing party functionaries at the Northern Regional Delegates’ conference in Tamale on Sunday, Mr. Naabu said the party is losing ground in some areas of the region and warns the situation could prove dire for the party if it is not checked.

“As I am talking to you now if there are elections today, we will not win. Gushegu is sick and other places too [but] I won’t mention now,” he told party delegates.

He indicated that the MPs instead of working to advance the government of the Akufo-Addo led government, they are rather working against the NPP in the region.

“The problems are in the region are not from the regional executives but rather some of the MPs” he added.

Bugri Naabu stressed that the party risks losing majority seat in the Northern Region if the national executives fail to move to address the issue. 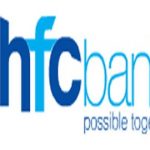