There’s no denying the fact that entertainers command a lot of respect, influence and power within the Ghanaian populace, therefore, it is not surprising that political parties and political figure would like to associate themselves with showbiz personalities for their interest.

Information reaching Razzonline.com that, The New Patriotic Party (NPP) are making giant steps in convincing many and highly influential celebrities to join the campaign trail in months leading to the Presidential and Parliamentary elections next year, 2016.

Sources claim that, the party has approached fame director and an executive member for the pro-NPP group, Creative Arts For Change, Socrate Safo, to help convince many celebrities, who believe in the vision and policies of Nana Addo, Presidential Candidate for the 2016 elections, to help in the campaign exercise for power.

In 2008 and 2012, many Ghanaian celebrities joined the campaign for the presidential candidate where some like Kwabena Kwabena, A Plus, and others openly declared their support for the party.

Others such as Daddy Lumba, Kwabena Kwabena and others went their own way to record campaign songs for the party and its presidential candidate. 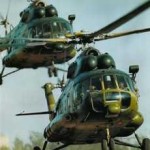