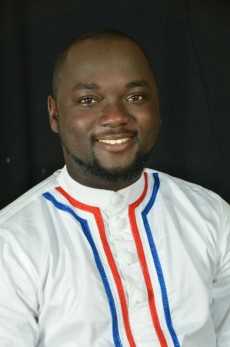 The opposition New Patriotic Party (NPP) has finally taken a decision on two of its disputed parliamentary primaries ahead of the 2016 elections in November.

In the Klottey Korle Constituency in the Greater Accra Region, there has been a back and forth about whether or not a re-run was to take place.

This was after Philip Addison and Nii Adjei Tawiah, the other aspirant who were convincingly defeated by Nii Nortey at the last primary, took several court actions against an election they described as a sham.

In that election in August 2015, Philip Addison polled a meager 22, while Nii Nortey polled 393 votes. The third contestant had 19 votes.

Eventually, the court ruling although indirect appears to have suggested a re-run of the polls there.

The party in a statement signed by its acting General Secretary, John Boadu, says the Klottey Korle primary is now scheduled for Saturday February 27, 2016.

It is however unclear whether Nii Nortey, who considers himself a legitimately elected NPP Parliamentary Candidate for the constituency, will participate in the polls. He has repeatedly stated that he will not be part of any re-run.

In the case of the Nkwanta South Constituency in the Volta Region, voting did not take place during the June 13 nationwide primaries as a result of some issues that needed to be tackled.

But that hurdle has now been cleared paving way for voting on March 5, 2015, as announced in the party’s statement.

Below is the arrangement for the Nkwanta South Constituency

The National Executive Committee has directed that the process of conducting the Parliamentary primary in the Nkwanta South Constituency must commence.

The schedule is as follows:

“All rules and regulations governing the conduct of the 2015 Parliamentary Primaries still holds. Stakeholders are entreated to ensure a smooth process,” the statement added.

The statement however noted a decision would soon be taken on primaries in other outstanding primaries constituencies.