The governing New Patriotic Party (NPP) has issued guidelines for the party’s imminent election of polling station officers and electoral area coordinators across the country.

The party is set to elect its polling station officials from 17th to 21st January, 2018, with the electoral area elections coming off between 26th and 29th January, 2018.

The NPP, in a statement signed by its Acting General Secretary, John Boadu, directed that “the various Regional Executive Committees of the party see to the formation of a Polling Station Elections Committee (PSEC) and Electoral Area Elections Committee (EAEC) in each Constituency for the purpose of conducting and supervising the polling station and electoral area elections respectively in the respective constituencies.” The statement also instructed that the names of the Committees’ members be submitted to the NPP’s National Secretariat by Friday, January 12, 2018.

The composition of the committee according to the party should comprise:

– Two Representatives from the Constituency Council of Elders and Patrons, one of whom shall be a woman

According to the NPP, the Polling Station Elections Committee and Electoral Area Elections Committee have the mandate to determine the specific venue and exact date on which the elections will be held “but this should not be outside the aforementioned timelines.”

The NPP, in the statement, also announced that it has opened nominations for persons wishing to contest the various polling station positions in the party.

“Application Forms are to be picked from the polling station executive committee as constituted in each Constituency,” the statement added.

Some members of the NPP in the Ellembelle Constituency of the Western Region, in December 2017 besieged the party’s headquarters in Accra, demanding that their National Executives furnish them with their original polling station register.

According to the livid NPP members, their constituency’s party chairman, Samuel Akenya, has refused to make available the original registers to the 16 polling station officers.

They claimed the Constituency Chairman has instead made available other forms for the registration process which he will collate all registered names himself.

In the view of the constituents, this was a ploy to manipulate the election of party executives at the constituency level, through to the national level. 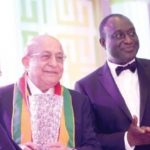