The conspiratorial posturing of the New Patriotic Party (NPP) government over the sudden illness of Vice President Mahamudu Bawumia has taken a turn for the spooky as high-ups of the ruling party are spotted prowling around the London hospital in which Dr. Bawumia is on admission.

With the precincts of the Guy Hospital beginning to crawl with NPP bigwigs, the government’s strange decision to clutch information on what really is happening to the Vice President to its chest has left eeriness in the air.

Meanwhile, in the wake of the government’s obscurantist antics, news is filtering in from London about the Vice President’s bodyguards fighting off some NPP bigwigs who tried to visit him at the hospital.

Like lions fighting off hyenas, Dr. Bawumia’s security detail is said to have prevented Kennedy Agyapong, the NPP’s MP for Assin Central, from entering the Guy Hospital to check on the Vice President.

Mustapha Hamid, Minister of Information, thickened the plot on Monday when he told outlandish lies about what is really happening to Dr. Bawumia – lies that have left him looking silly in the estimation of Ghanaians.

According to the government spokesman, Dr. Bawumia was jetted off to the UK so that he can escape visitations from over-concerned relatives who would have thronged his residence in Accra to check on him!

The whole drama has served to nourish suspicion among Ghanaians that the Vice President was poisoned by people from within the NPP government who are locked in a power-play with him.

Dr. Mahamudu Bawumia wears his Presidential ambitions on his sleeve. He was said to have suddenly fallen ill on Friday and rushed to a local hospital for medical attention. The incident happened just two days after President Akufo-Addo had indicated at an encounter with the press that if the NPP elects him flagbearer again he will run for President in 2020.

The President’s indication is a U-Turn on a promise he had made in the build-up to the 2016 election that he would rule for only one term.

The announcement of the illness had been totally rushed and irresponsibly emotive, with a released statement somberly asking for prayers for the Vice President without disclosing what the ailment was.

Curiously, one of the first channels of the announcement was the Twitter Handle of President Nana Akufo-Addo.

Following from this, a release signed by Head of Communications at the Flagstaff House came out confirming the news of the Vice President’s sudden illness. However, soon after that, Eugene Arhin came out claiming he had not issued that statement, even though amidst the controversy, a statement on the letterhead of the seat of government came out confirming the same announcement.

Enters, second phase of the drama – a statement emanating from the Flagstaff House soon announced that the Vice President had been attended to and sent home, and that the cause of the brief trip to the hospital was stress. However, it subsequently emerged that the man had been jetted off to the UK for further medical attention!

Thenceforward, the government has not been coming forth with the truth on what really sent the Vice President to the hospital. Information Minister, Mustapha Hamid, has famously claimed that the man had been flown to the UK in order to avoid panic over-reactions and visitation from his family and friends.

“When he is in Ghana people will come from his village, from Walewale, wherever he is the people will besiege. Normally when you are out of reach you will have the peace to heal,” Mustapha Hamid told Accra based Joy FM.

The dramatic lie has left Mustapha Hamid looking like a useful idiot set up to cut his own nose to spite his own face on behalf of the NPP government. Mr. Hamid’s claim has since provoked questions as to why the government would rush to announce that the Vice President was ill in the first place if it did not want a panic reaction.

Curiously, Mustapha Hamid who claimed that Dr. Bawumia needs the “peace to heal” did not tell Ghanaians what exactly the Vice President needs to heal from, nourishing an already existing climate of secrecy around the man’s sudden illness.

Meanwhile, as he is on admission at the Guy Hospital in London, Dr. Bawumia’s security detail has suddenly developed a heightened sense of responsibility for the Vice President’s safety. Consequently, the NPP’s MP for Assin Central, Ken Agyapong was tackled by bodyguards and refused entry into the hospital to visit Bawumia when he attempted to do so on Monday.

Mr. Agyapong is said to have been in London to attend a funeral before whatever ailment is plaguing Bawumia had sent him jetting off to the British capital, London, to seek medical attention.

His attempt to enter the Guy Hospital in London to call on Dr. Bawumia was said to have been fiercely resisted by the security detail of the Vice President who shepherded him away after refusing him entry.

Government sources who have confirmed the incident to The Republic claim that Ken Agyapong had been refused admittance because of his penchant to attack the Vice President in public. It would be recalled that last year, Ken Agyapong laid all responsibility for the failings of the Akufo-Addo government in the area of the Economy on Vice President Bawumia, who is the head of the Economic Management Team.

The Republic has heard that later, after Ken Agyapong had been prevented from seeing Dr. Bawumia at the Guy Hospital, the NPP’s MP for Adansi Asokwa was spotted at Central London around where the Hospital is.

The government’s obscurantism over the issue, coupled with the drama playing out has only served to stoke suspicion among Ghanaians that Dr. Bawumia was poisoned. It does not make sense to anybody that the man who was seen hale and hearty during President Akufo-Addo’s last week encounter with the press at the Flagstaff House will suddenly fall sick and be rushed to the hospital.

What’s more, even though the government claimed that his sudden health crisis was stress related, the same government then followed up with jetting him off to the UK for further medical attention.

The jury is out on the issue in town and the verdict is that Dr. Bawumia’s Presidential ambition, which is believed to clash with that of Finance Minister, Ken Ofori-Atta, is attracting the shadow of death on him. 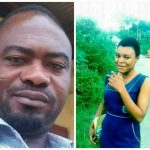