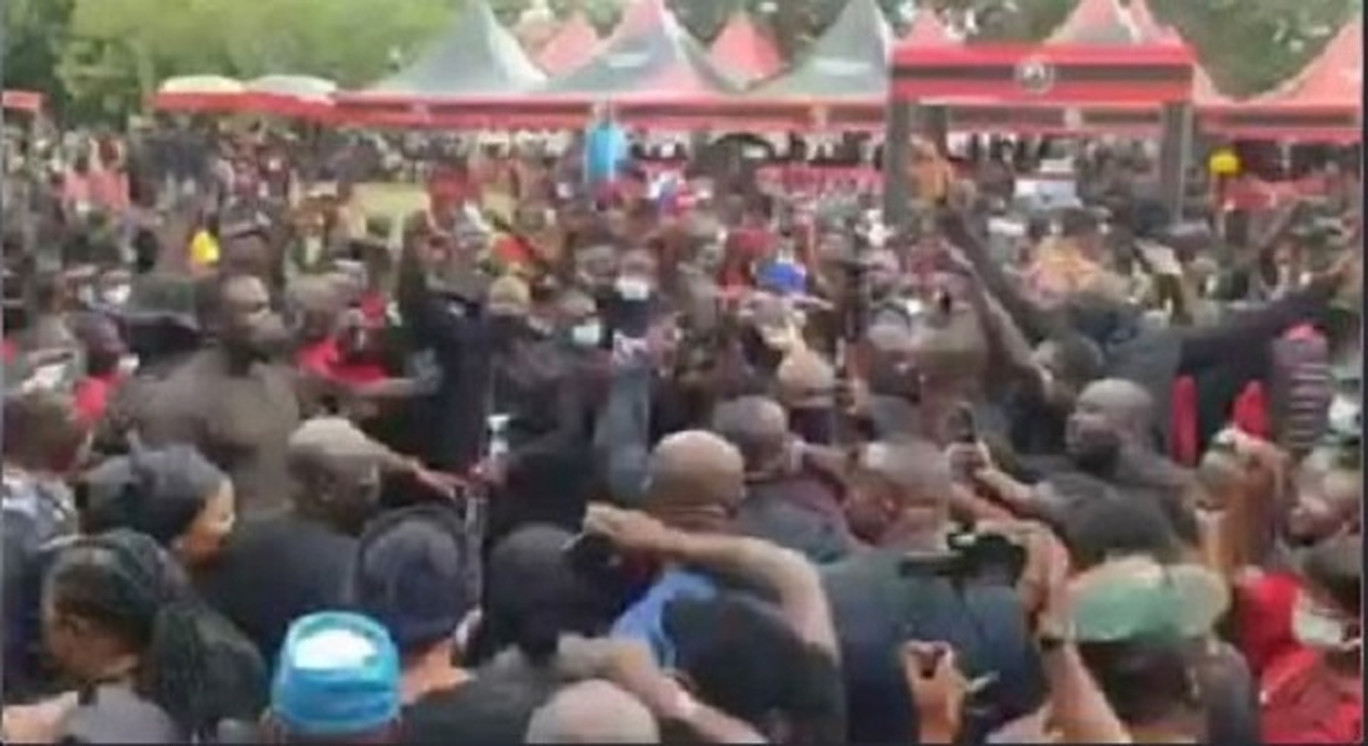 Scores of NPP faithful, clad in funeral attire and t-shirts of the late former General Secretary couldn’t hide their excitement and admiration for the Vice President when his delegation, which included his wife, Samira, arrived at the funeral ground to pay their last respect to Sir John.

The situation was even more dramatic at the departure time of Dr Bawumia from the funeral ground.

He had a tough time going through the milling crowd, who were chanting his name in admiration, to board his waiting car. And when he did, the crowd surrounded his car, forcing him to step out and give them a wave.

Songs of eulogies in honour of the Vice President, and chants of “daakyehene’, which means future leader or future king, reverberated the ground as Dr Bawumia slowly exited the ground.

The stunning show of admiration for Dr Bawumia by scores of people mourning Sir John gave true meaning to one of the final radio interviews by Sir John before he died last year.

In that viral interview, Sir John unequivocally declared his admiration for Dr Bawumia and his unflinching support to the Vice President to succeed Nana Akufo-Addo as both NPP flagbearer and President of Ghana.