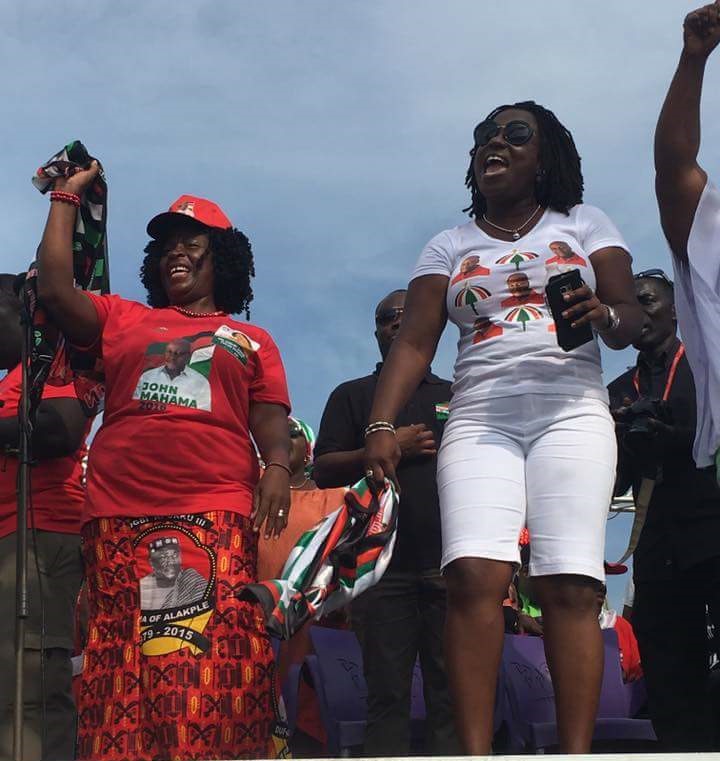 The Ga South Municipal Hospital (Akawe) has confirmed the ambulance among its fleet of vehicles was donated by the National Democratic Congress (NDC) parliamentary candidate for Weija-Gbawe Obuobia Darko-Opoku and not from the government.

The opposition New Patriotic Party (NPP) in the constituency has accused the NDC MP aspirant of using State property (the vehicle) to buy votes ahead of the December 7 elections. Obuobia donated the Hyundai Ambulance to the hospital on her birthday, August 22, 2016.

However, pictures of the ambulance with government registration number have gone viral on social media as the NPP and its offshoot – the Concerned Citizen of Ga South Municipality – accuse the candidate of branding a state property with her official campaign pictures.

In response, the Municipal Director of Health of the Ga South Municipal Hospital Dr Bright Davies-Teye explained it was a normal practice to register the donated vehicle in the name of the State because the health facility is a government institution.

In an 8-point statement to the group, Dr. Davies-Teye said: “Per documentation received, the Ambulance in question was donated by the Obuobia Foundation and not one of the Ministry of Health ambulance.

“Management documented the received HYUNDAI AMBULANCE in the Hospital Asset Register and therefore added it to its asset, hence decided to register it as one of the facility’s vehicles through the Ghana Health Service vehicle registration system.

“The vehicle was duly registered and given a government number GV6516… Undoubtedly, the ambulance has facilitated transport of dying pregnant women and sick children to referral Hospitals and is therefore contributing to saving lives.”

“The only thing necessary for the triumph of evil is for good men to do nothing.” For how long will the politics of lies and hate continue to divide us as a country? Why can’t we give credit where it is due irrespective of our political lineage or allegiance?

“Over the years, I’ve been a victim of malicious politics in the Weija-Gbawe constituency, but I have decided to let go in the spirit of unity. Those who have followed my campaign keenly will observe I’m not a politician of mudslinging and I’ll continue to remain as such.

“My opponents have tried as hard as they could to discredit me, despite all the good works I’m embarking on in the constituency. I want to serve notice to them that I remain undaunted and will not be swayed by their diversionary tactics.

“I have been accused of vote-buying by placing Gh¢50 notes into matches boxes and sharing to the electorate. This is not only absurd and laughable, but a calculated evil machination to derail my campaign.

“Just yesterday, my opponents issued a press statement hiding behind the name – Concerned NDC Votes in Weija-Gbawe Constituency – claiming among others that the ambulance I donated to the “Ga South Hospital (Akawe) during my birthday belongs to the government and not from my personal coffers. Their claim is due to the fact that the number plate of the ambulance now bears the usual green government number plate colour.

“I wanted to let this one too pass, but the lies are too much and we can’t continue to let politics destroy us as one people. The Ga South Hospital is a government institution and it doesn’t take Rocket Science to know that once a private person donates a vehicle to them for their operations it will be registered in the name of the State. The propaganda won’t wash and won’t break me down.

“I’ll continue to live for humanity and will allow my works to speak for me.”