The New Patriotic Party (NPP) has made changes regarding the venue for Saturday’s extraordinary delegates’ conference in Sunyani, Brong Ahafo Region.

The conference will see a wrap-up of the party’s 2015 activities, which have been very eventful.

It will also see the unveiling of the campaign team of 2016 Presidential Candidate Nana Addo Dankwa Akufo-Addo, following its endorsement by the National Executive Committee and National Council of the party.

The conference will take place at the Sunyani Coronation Park instead of the St James Seminary, a statement issued by the party on Sunday, December 13 said.

The conference will “set the agenda and framework for the 2016 campaign, to show the world that the NPP is, indeed, all there, ready to take on the task of winning next year’s election and forming an honest government that will provide relief, progress and prosperity for the great, longsuffering people of Ghana,” Nana Addo had told a section of the party followers in the United Kingdom. 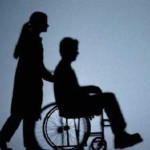