The New Patriotic Party has described as “evil”, “uncaring” and “unacceptable” increases in prices of utilities announced, Monday.
The PURC announced a 59% increase in electricity as well as a 67% increase in water which are expected to take effect on December 14, 2015.
But the NPP says the hikes cannot be justified. In a statement, the NPP said these hikes cannot be inflicted on Ghanaians at a time they are bracing up for the worst Christmas in a generation.

The following is the full statement
THE PRESIDENT MUST HALT THIS WICKED, INSENSITIVE CHRISTMAS GIFT TO GHANAIANS
The John Mahama-led NDC Government has, through the PURC, presented the long-suffering people of Ghana with yet another wicked and insensitive present just when Ghanaians are bracing themselves for probably the worst Christmas in a generation: a more than 60% increase in the price of electricity and water.
This is sheer wickedness! It is evil, uncaring, reckless and absolutely unacceptable. It is the highest level of insensitivity ever witnessed by Ghanaians under the Fourth Republic, and certainly just before Christmas and in a year that Ghanaians have known nothing but untold sufferings and hardships.
After the several failed promises to fix DUMSOR, and astronomical increases in tariffs, including a 52% increase in electricity tariffs barely five months ago in July, the NDC government has now slapped another 59.2% and 67.2% hikes on electricity and water tariffs respectively. It means that, for a household that spent about GHS100.00 a month on utilities, your bill is now up over GHS160.00.
This will be about the eleventh increase in electricity tariffs and the ninth in water tariffs since March 2012. And, at every hike, we are told the same lie to pay more to receive reliable and efficient supply of water or power. This is insulting, annoying and simply a terrible way to treat your own people.
The people should not be made to pay more for receiving less of any amenity. The people simply cannot afford it and must not be forced to pay for something that they cannot afford. We should not be made to pay for this.
Cost of living is high, cost of production is high, businesses are collapsing, people are losing their jobs, the rate of inflation is running away leaving the value of incomes lower and lower behind. The people of Ghana are dying from economic and social hardships that were easily avoidable if Ghana had competent management of the economy by a government of integrity.
Ghanaians can no longer be forced to suffer more for the incompetence and corruption of this John Mahama-led government. The NPP is saying NO to this habit of the NDC government to continue passing on the cost of badly running the economy to the suffering people and businesses in Ghana.
We want to send this caution to the Government that it should pause, listen and put a complete hold on this wicked 60% or so increases in the cost of utilities. It should not go ahead with it because it is not affordable.
We wish to issue a responsible and necessary caution that we would, on behalf of the suffering masses of Ghana, take any legitimate action possible to stop these evil rates of increase in the cost of electricity and water from being visited on the people and businesses in Ghana. It should not happen.
Ghanaians deserve to know that this Government is attempting to unduly burden them also with the cost of the recent misguided acquisition of the power barges at several times what it would have cost to fuel existing power generating plants.
For instance, we have information that Government abruptly aborted the competitive tender at the GNPC for the supply of fuel for the Karpower Barge. We are also informed that even though in the competitive bidding process, some other companies offered as low as $2 million for the supply of fuel, another company charging over $6 million more for the same volume of fuel ended up being rather the one awarded the contract through inexplicable sole sourcing. Is this what the people are now being asked to pay for?
We call on the Government to immediately halt the increases in electricity and water bills, review it and come with a plan that makes sense.
We also demand that Government immediately stops all the corruption-induced procurements in the energy sector that has only short-term benefits but places huge, long-term costs on an already fragile economy.
Ghanaians have suffered enough. It must end.
…Signed…
Freddy Blay,
Ag National Chairman, NPP 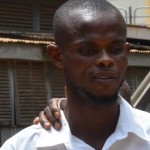