Folks, the much-hyped public lecture by the NPP’s Dr. Mahamudu Bawumia is over. Under the theme “The State of the Ghana (Should it not have been “the Ghanaian” instead?) Economy —A Foundation of Concrete or Straw?”, the lecture had been advertised as a ground-breaking one to prepare the minds of Ghanaians for Election 2016.

And the stentorian claim that the authorities had denied Dr. Bawumia access to the original venue (Accra International Conference Centre) added a new complexion to the political nature of the lecture. As it turned out, the National Theatre in Accra was used for it. (Remember that the Accra International Conference Centre was built by Rawlings and the National Theatre also boosted under him. Kufuor didn’t add anything new. So, any fundamental attempt to do politics with such facilities falls flat).

The lecture itself can be summed up as the usual humdrum, a rehashed litany of half-truths, abject lies, and a scare-mongering escapade for mere political purposes. Wrapping it around stale statistics and twisting it to fit into the NPP’s anti-Mahama politics has turned out to be its down side. I have read everything contained in it and seen nothing positive to assure me that Dr. Bawumia and his NPP handlers really know how to use such public for a to advance their political cause.

In truth, then, let me repeat that all that Dr. Bawumia presented was to reiterate his theoretical understanding of Ghanaian economics, backed by statistics First, they offer nothing new for anybody but the NPP camp to enthuse over.

Second, being so abstract, they will not appeal to the ordinary voters. No Ghanaian voter looking for solutions will care about the high-falutin Oxfordian English in which Dr. Bawumia presented that stale lecture.

If you doubt it, go and talk to the voters at the grassroots and come back here to tell me your findings.

One fact we must not miss is that the substance of the lecture doesn’t match the wide publicity given it earlier and the needless controversy about access to the Accra International Conference Centre being denied Dr. Bawumia.

The lecture can be summed up simply as a liturgy of rehashed lies, half-truths, and pessimism that is characteristic of a political camp bereft of innovative ideas to woo the electorate. Why am I saying so? Simple.

In all that Dr. Bawumia enumerated about the Ghanaian economy and his over-concentration on the era of the Mahama-led administration, he said nothing new to enrich the discourse on Ghana’s development challenges.

Did we expect anything new from him? Or any solution to the catalogue of adversities that only he thought he could point to? Not at all. Why? Because as a doer of “book politics”, he lacks the solution-oriented insights. All that he is gifted to do was what he did and will continue to do till December 7 sends him and his handlers spinning out of control again.

As was expected, Dr. Bawumia waxed in much prolixity and repetitive humdrum about the ills facing the Ghanaian economy under President Mahama without any spasm of intellectuality to place everything in the broad spectrum of the national economy long before the Mahama era.

He carved a narrow focus to help him project the incumbent as the cause of Ghana’s woes. That explains why all that he said has been categorized by the news media as follows:

a. “… the NDC government has borrowed some 39 billion dollars in the last eight years that it has been in power.” (Even when the Bank of Ghana has already strongly debunked his claim, saying that the amount was around 26 billion);

b. “About 66% of Ghana’s total debt is accumulated under President John Mahama” (One wonders where he came from with that figure without even telling Ghanaians anything about previous governments and the quantum of debts since independence).

c. “…mismanagement (of resources, especially tax revenue) by the government is rather to blame for the situation in which the country found itself”.

There were some ludicrous aspects of Dr. Bawumia’s lecture that we can’t miss. Can you imagine him saying that “Ghana’s economy performed much better under the late President John Mills than it is doing currently, under President John Mahama”?

Upon all the damnation of the late Mills by the NPP to the extent that Akufo-Addo could even label him as “Professor Do Little” and Isaac Edumadze insult him as a “camber pot”?

I won’t even talk much about the defeatist angle from which Dr. Bawumia took on President Mahama, saying that the ‘brighter days ahead’ mantra has been overused by since 2009 by the Mahama-led administration to deceive Ghanaians” or that “President Mahama is ‘hoodwinking’ Ghanaians by citing some supposed achievements when in fact he has achieved less relative to the amount of money borrowed for infrastructural projects.”

Some “supposed achievements”? Can these NPP people be honest for once? Do they use the roads and other amenities provided by this government at all? Can they not see anything beyond their noses to admit that something that didn’t happen under Kufuor has happened under Mahama? Can they see all the huge projects that President Mahama is commissioning all over the country and receiving thunderous approbation from the beneficiaries?

Such hypocrites will die many times before their actual political death at the polls!!

Not even these ludicrous aspects of Dr. Bawumia’s lecture of rehashed lies and flogging of a dead horse can match what came from Kufuor, who chaired the function. He said what made some of us roll head-over-heels in uncontrollable laughter: “Bawumia will rescue Ghana’s ailing economy”. Huh?

Is Kufuor truly being honest to himself and the truth that Ghanaians already know? Under his administration, Dr. Bawumia was the Deputy Governor of the Bank of Ghana whose only contribution to anything about the national economy was the redenomination of the Cedi (that is, an exercise that cut off zeros and added nothing to shore up the economy). Dr. Bawumia and his team haven’t to date told Ghanaians how much the redenomination exercise cost Ghana nor have they accounted for any action that they took.

Again, Kufuor made that claim as if he has lost touch with the tenets of governance. As he is now, what influence does Dr. Bawumia have in the formulation of the NPP’s policies, let alone his being given the singular responsibility for “rescuing” the Ghanaian economy? Governance entails more than a one-man show.

More importantly, if Dr. Bawumia is so pivotal to the NPP’s strategies for salvaging Ghana, why isn’t he the flagbearer of the NPP? We acknowledge the fact that Akufo-Addo lacks the sense on economics (granted his poor performance at the undergraduate level where he had a 3rd class in Economics) and will need a safety net. That is why once Dr. Bawumia fits into the agenda of “book politics”, he has been captured and milked thus far.

Recall the proceedings at the useless petition hearing and how Dr. Bawumia soaked up the pressure for Akufo-Addo’s sake. Yet, nothing beneficial ensued. What he is being invested now will follow suit, especially given the parrot business that Dr. Bawumia is doing. For how long will he continue boring the electorate with statistics and rehashed political rhetoric that doesn’t tell the people anything new? They have for many years now heard all that Dr. Bawumia delivered at his lecture. So, what is new?

Meantime, while they have chosen to converge in Accra to tickle themselves and laugh over their self-satisfaction that their choice of tool for political campaigns will yield victory at Election 2016, President Mahama and his campaign armada are down in the trenches, interacting closely with the voters and assuring them of what the government will do to build on the infrastructural foundation that it has laid.

They are telling the people to see the evidence of their work and to seek their mandate so more will be done to improve living standards. It is up to them to make it clear to the people what the challenges are and to assure them that no matter what happens, everything will be done to move governance to a higher level for pertinent problems such as unemployment and food insufficiency to be tackled.

Images emerging from President Mahama’s tour of the country and his current campaign stunts in the Central Region as well as Vice President Amissah-Arthur’s interactions with voters in Northern Ghana are hard for the NPP camp to see and accept as a reality. To them, these images are not only distressing, disconcerting, or destabilising, but they are also endangering their “book politics”, which Dr. Bawumia’s lecture reinforces.

I don’t blame them because they have no other means to connect with the voters than the campaign of scare-mongering that undergirds and motivates their rogue politics. But who is interested in their doomsday politics, especially when the infrastructure dotting the horizon assure the people of a brighter future under the status quo?

Truth be told, let’s say that the Ghanaian electorate are intelligent enough to plot developments over the period to know which government did what for them. What Dr. Bawumia presented as a runaway debt problem for Ghana because of the government’s borrowing spree can be easily dismissed by the people who now have amenities that they never dreamt of. And there are thousands of such projects all over the country almost eight or so years under Presidents Mills and Mahama.

Let’s take the state-of-the-art community day secondary schools, the Kwame Nkrumah Circle Interchange, the Kasoa Interchange, the Tamale Airport, and the Kotokuraba Market, as examples. Which beneficiary of any of these projects will bother his/her head over where the money came from for them to be constructed by the Mahama-led administration, knowing very well how previous administrations failed to do so? (After all, Ghana is not the worst indebted country on earth nor is it credit unworthy).

Folks, there is a lot more to raise as we punch holes into Dr. Bawumia’s rehashed package of half-truths, lies, and sheer political mischief wrapped around this lecture. All useless theoretical pomposity to be pooh-poohed. After all, he offered no solution. If it’s just a matter of enumerating problems, who can’t do so?

On that score, I urge the NDC’s campaign teams not to waste time discussing this lecture. They should go to the people to point them to what has already been done and what is lined up for them. Once they are persuaded by the evidence of their eyes, they will not follow those disturbing their ears with tell-tales and pompous self-projection as Ghana’s saviours.

Interestingly, apart from Dr. Bawumia (a political neophyte), all the others were part of the Kufuor government that turned the electorate against Akufo-Addo at Elections 2008 and 2012. Why not continue to keep them in the political wilderness, where they rightfully belong? To the NPP, I say “Dueeee”! 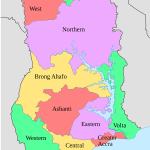