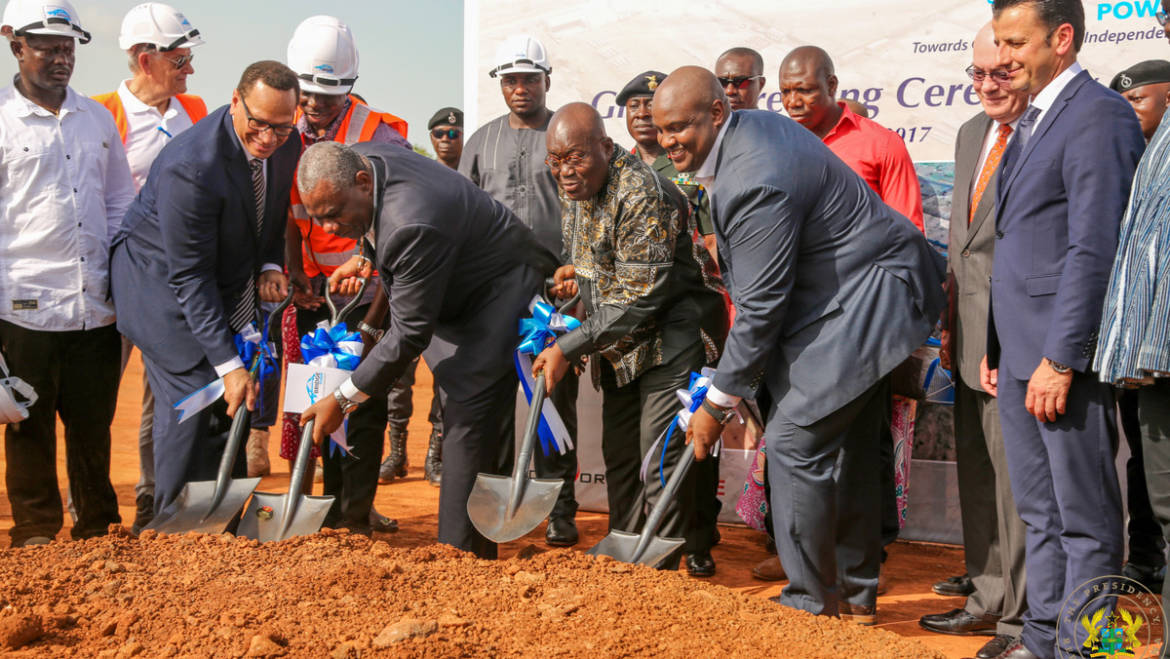 Former President John Dramani Mahama has chided Nana Akufo-Addo and the ruling New Patriotic Party (NPP) for plagiarising projects and deliberately refusing to give credit where it’s due.

Mr. Mahama suggested the President “fooled” the people of the Ashanti Region by going to re-cut sod for the second phase of the Kumasi International Airport to suggest it is something new the NPP government was embarking on although the project has been under execution since December, 2016.

The NPP and the Akufo-Addo government is having difficulties in the Ashanti Region its stronghold with many saying there is no singling project ongoing there. They talk about abandoned roads, hospital projects, schools, markets and other things.

President Akufo-Addo attracted an international embarrassment in January 2017, when it was discovered that he plagiarised the inaugural speeches of two ex-American presidents Bill Clinton, George Walter Bush and Nigerian’s incumbent President Muhammadu Buhari in January 7, 2017 inaugural address at Independent Square.

Mr. Mahama’s criticism of successor comes days after President Akufo-Addo cut sod at the premises of the Airport in Kumasi for the second phase of the enhancement exercise currently ongoing at the facility, something the Mahama administration did on December 5, 2016.

The second phase of the project will encompass the extension of the current length of the runway by 319 from 1,981 metres to 2,300, the construction of a new terminal building with the capacity to handle one million passengers per year. It will also include the construction of an apron area and related taxiway; and the undertaking of ancillary works.

However, speaking at the final NDC Unity Walk at Aflao in the Volta region, Mahama said before handing over to the incumbent government, he cut sod for the second phase of the Kumasi International Airport to begin but the NPP asked the contractor to stop work on January 7 when they came to power.

“On January 7, the contractor was asked to stop work and kept him waiting for 18 months, then you come back to cut the same sod, same contractor, same money, same site and asked him to finish in 2 years, what a waste of national resource.”

According to John Mahama, the pettiness of the NPP is the fact that they don’t give credit where is due.

“What does it take from you if you give credit? President Rawlings carried out the feasibility study for the Bui dam project, President Kufuor came and found money and started the project, when President Mills came, the money President Kufuor found was not enough and got them to give us additional money.

The project was completed under President Mahama, when I went to commission the project, I invited President to come and sit down and told the whole country that this man started the project. What do you lose, it shows the pettiness, low standards, immaturity of NPP as a government. Mahama fumed”

Addressing a large crowd that attended the ceremony, then President Mahama said after the rehabilitation of the Kumasi Airport, traffic had increased tremendously from 14,000 passengers in 2008 to 500,000 currently, while the Kotoka International Airport was receiving two million passengers annually.

The Daily Graphic newspaper quotes him as saying, additional facilities would be provided for the airport to extend its capacity to handle more passengers beyond one million.

Mr. Mahama, at the time noted that there was enough available land around the airport that would allow for development into an entertainment area with restaurants and cafeteria and give opportunity to the private sector to build international hotels in the vicinity.

According to Mr. Mahama, Ghana’s second national theatre for entertainment, with a seating capacity of 3,000 people, bigger than Accra’s 1,500 capacity theatre, would also be constructed near the airport.

Then President Mahama said the first phase of the rehabilitation of the Kumasi Airport last December had made it possible for aircraft to land and take off at night, enabling passengers to travel to Accra and back in time “to be able to eat their fufu when the soup is still hot”.

He assured that apart from reducing the price of aviation fuel by 25 per cent, the President said the next budget of the NDC administration would scrap all taxes and levies on aviation spare parts to give the domestic air travel operator incentives to be more attractive.

Additionally, the then President said, the his government would be looking at reducing other taxes and levies in the sector, so that it would be made more competitive with the road sector, adding there was no country in the world that had developed without transforming its transportation modes such as aviation, maritime and roads.

President Mahama at the ceremony that day also said his next administration would construct the Accra-Kumasi highway into a dual carriageway to reduce accidents and make road transport safer and reduce travelling time.

Meanwhile, the Minority in Parliament has expressed shock at the decision by President Akufo-Addo to cut sod for the phase two of the Kumasi International Airport despite the fact that it was done by the Mahama administration.

According to the Minority, sod cutting for the second time for the same project amounts to waste of time and resources of the state.

In a statement on the development, the Minority said: “The Minority Caucus in Parliament has received with shock and bewilderment, news that President Akufo Addo will cut sod for work on the second phase of the Kumasi International Airport.

“The purported sod cutting by the President would amount to a needless waste of time and scarce national resources in view of the fact that his predecessor, President John Dramani Mahama, performed the same ceremony on 5th December 2016.

President Mahama performed the ceremony after securing parliamentary approval of a loan of 65,037,500 Euros from Banco Santander S.A. and export credit support from the United Kingdom Export Finance Agency, for onward lending in the sum of 7,762,500 Euros, to the Ghana Airports Company Limited, in November 2016,” the statement signed by Kwame Agbodza, MP for Adaklu and Ranking Member on Road and Transport Committee of Parliament said.