The New Patriotic Party’s (NPP) Director of Communications, Nana Akomea, says he is excited by what he calls the numerous mistakes being committed by the incumbent National Democratic Congress (NDC) government.

He, however, expressed regret that the mistakes on the part of government ultimately affects the citizens saying, “I am sad that the mistakes affect Ghanaians adversely.” Mr .Akomea in mentioning one of the government’s perceived mistakes cited the decision to accept two Yemeni former detainees from the Guantanamo Bay prison. According to him, “Nobody is happy, even the NDC.”

He noted that some senior members in the NDC have disagreed with aspects of the process with Fritz Baffour, the NDC MP for Ablekuma South, coming out to criticize the government for the unprofessional manner in which it broke the news to Ghanaians.

“Recently you heard a very senior member of the NDC… come out very hard on the government. But that’s just a tip of the iceberg. What it means is that there are several other senior members of the NDC who cannot speak out so even the NDC is not happy.” 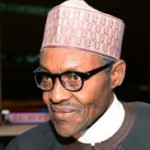