ABUJA—THE Minister of State for Petroleum/Group Managing Director of the Nigerian National Petroleum Corporation, NNPC, Dr. Ibe. Kachikwu, yesterday said the Federal Government did not pay any subsidy on petroleum products in January 2016.

He also stated that the country would save $1 billion (N200 billion) from the newly introduced  Direct-Sale-Direct-Purchase, DSDP, arrangement in Nigeria’s crude oil for products transaction which is to commence  next month.

Kachikwu stated these when he appeared before the House of Representatives’ Ad-Hoc Committee set up to investigate the NNPC’s offshore processing and crude swap arrangement for the period from 2010 to date.

He explained that the DSDP was adopted to replace the Crude Oil Swap initiative and the Offshore Processing Arrangement so as to introduce and entrench transparency in the crude oil for product transaction by the corporation in line with global best practices.

The Direct Sale-Direct-Purchase alternative allows for the direct sale of crude oil by NNPC as well as direct purchase of petroleum products from credible international refineries.

Under the old order, crude oil was exchanged for petroleum products through third party traders at a pre-determined yield pattern.

Kachikwu stated that the DSDP option eliminated all the cost elements of middlemen and gave the NNPC the latitude to take control of sale and purchase of  crude oil transaction with its partners, adding that the initiative would save one billion dollars for the Federal Government.

He said: “When I assumed duty as the Group Managing Director of NNPC, I met the Offshore Processing Arrangement (OPA) and like you know, there is always room for improvement.

“I and my team came up with the DSDP initiative with the aim of throwing open the bidding process. This initiative has brought transparency into the crude-for-product exchange matrix and it is in tandem with global best practices.”

He further stated that the DSDP initiative whittled down the influence of the minister in the selection of bid winners as it allowed all the bidders to be assessed transparently, based on their global and national track records of performance before the best companies with the requisite capacities are selected.

Need for introduction of DSDP

Commenting on the need for the introduction of the DSDP, Kachikwu maintained that the policy was aimed at reducing the gaps inherent in the OPA and the losses incurred by the NNPC in the past.

He stated that the new arrangement would help the NNPC grow indigenous capacity in the international crude oil business and generate employment opportunities for indigenous companies that were selected.

He added that the DSDP initiative gave other government agencies, such as the Bureau of Public Procurement (BPP) and Nigeria Extractive Industry and Transparency Initiative (NEITI) the opportunity to be part of the bidding process in order to engender adherence to due process.

Misgivings by some agencies

Speaking on some of the reported misgivings by some federal agencies over the alleged non-transparent nature of past crude-for-products exchange arrangements, Kachikwu assured that the reconciliation process was ongoing and that going forward, the ministry would deploy technology to track cargoes and trans-shipment at the reception depots in order to forestall any incidence of round tripping.

The NNPC had in November, said it had discontinued the Offshore Processing Arrangement, OPA, and had replaced it with Direct Sale-Direct-Purchase (DSDP) programme.

The NNPC had also stated that the replacement of the OPA with the more efficient DSDP was aimed at enshrining transparency and eliminating the activities of middlemen in the crude oil exchange for product matrix.

To this end, the NNPC withdrew the call for commercial bids issued to 44 bidders, made up of 34 international firms and 10 indigenous companies,   earlier shortlisted. 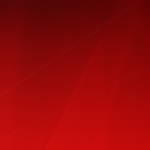