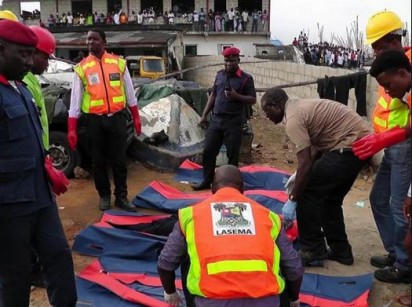 The Lagos State Government has debunked rumours of a plane crash around Oworonshoki area of Lagos,  on Thursday, saying what people saw was merely a simulation exercise.

Rumours of a plane crash spread around Lagos as residents said they saw a plane going down around Oworonshoki area, saying that the plane actually crashed.

The General Manager, Lagos State Emergency Management Agency, LASEMA, Michael Akindele debunked the rumour of plane crash, saying it was just simulation being carried out to ascertain preparedness of emergency agencies in the case of a plane crash.

Akindele said the exercise is to assess the level of preparedness and identify gaps of emergency responders in the case of plane crash or related emergency in the State.

He explained that the exercise would also help to assist in the areas such as coordination, response time, capacity building and the use of equipment and personnel during emergencies/disaster.