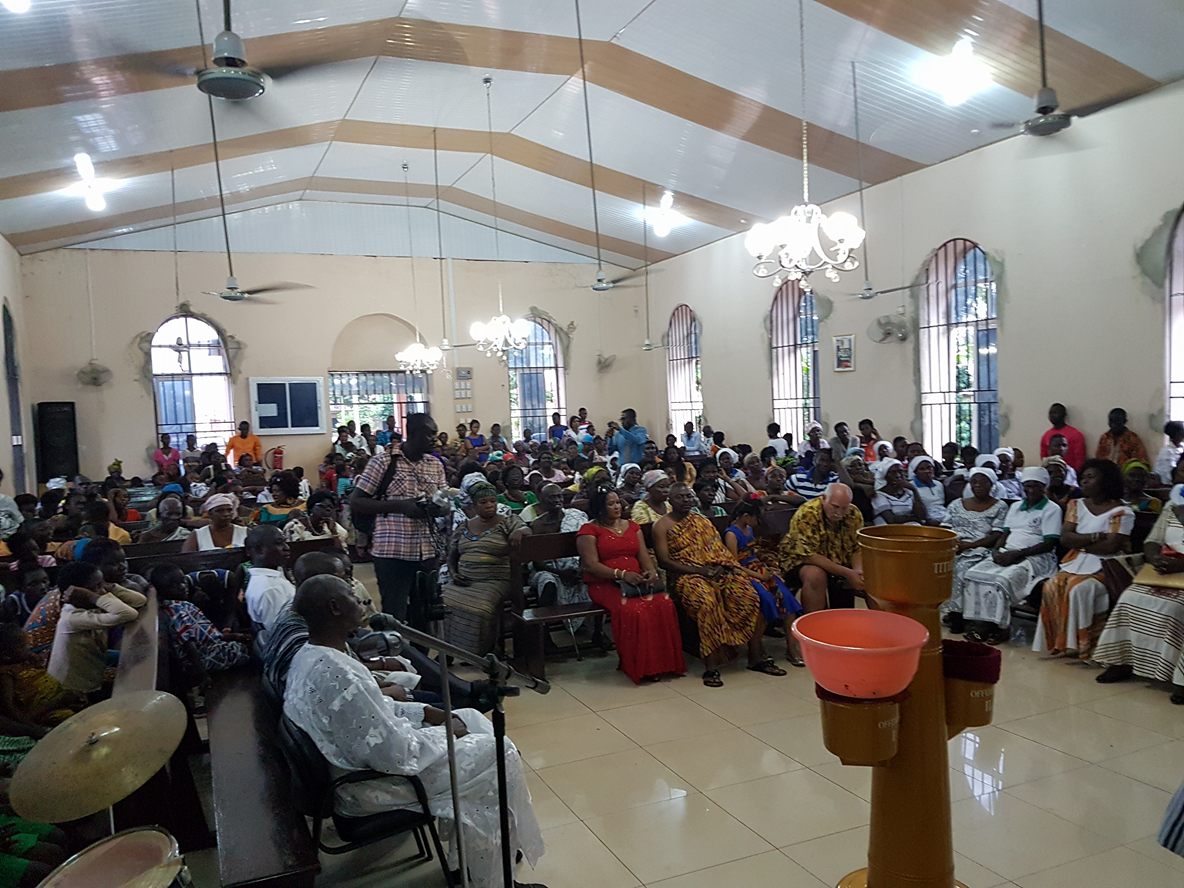 The 58 chiefs who are reported to have declared their support for the 2016 Presidential Candidate of the New Patriotic Party (NPP) have denied the report.

Speaking on Accra-based Montie FM the Asantehene’s Mpaboahene [Sandals chief], Nana Yaw Owusu who spoke on behalf of the chiefs during Nana Addo’s visit said what they said was misconstrued.

“We did not meet anywhere to pass a resolution to say that 58 of us will vote for Akufo-Addo. We didn’t come together to endorse Akufo-Addo as they are claiming and it is not true that we said President Mahama has neglected us.”

“What we said was that because of our association with the NPP tradition, and since people in this area have always voted and supported the UP/NPP tradition, which we are sure they will do this year as well even though we are not sure if they will change to vote for the National Democratic Congress (NDC), when Akufo-Addo becomes President, he should help fix our roads.”

Nana Yaw Owusu explained that they (chiefs of Atwima) only welcomed Nana Addo when he paid a courtesy call on them as part of his campaign tour in the Ashanti Region.

He continued that Nana Addo asked for their support in the upcoming elections, to which he responded that people of Atwima have always voted for the UP tradition which may happen again in December.

He only asked the other chiefs to clap as a form of support to a road request they made should Nana Addo become president.

Some 58 chiefs of the Asanteman Traditional Council were reported to have endorsed Nana Akufo-Addo, as he began his four-day tour of the region on Wednesday, 19 October.

The reports suggested that the chiefs said the Mahama-led government has not developed their area because they were known to be NPP loyalists.
.

“When Akufo-Addo came to us in our hometown, we said if we do vote for you, help us, and that we think is no wrong. Indeed politics is good and it brings about development, so as a chief there is nothing wrong to push for development in that manner,” he said.