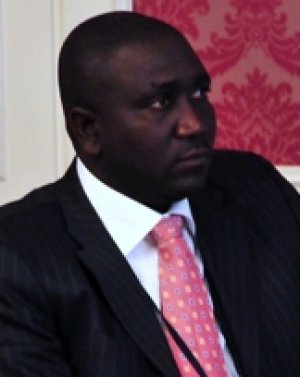 The Eagle Party has raised concerns over the neutrality of the National Media Commission’s representative George Sarpong on the National Election Steering Committee.

According to the communications director of the party, Francis Loku, Mr. Sarpong is a known member of the opposition party who used to represent the NPP on media platforms during the Kufuor era.

The 18-member steering committee has become a major spot of controversy between the opposition New Patriotic Party and the electoral commission which constituted it.

The NPP and its affiliated civil society groups have alleged that the committee is tilted towards the ruling NDC.

So far, a member of the committee Dr Karl Mark Arhin has owned up to his ties with the governing party and is expected to be removed from the committee.

Speaking to Starr News’ Ibrahim Alhassan on the controversy, Mr. Loku said the Eagle party believes the committee will be of help in the November polls and therefore must be left to work.

“To us, there is nothing wrong with the committee. The EC has the power to decide what will help them so they should be allowed to work. It is only when they have stepped out of their bounds that we will have a problem but for now, we don’t have any problem.

“…We have learnt that one Sarpong who is serving with the media commission is on the committee and he is also NPP. He used to come on TV and radio when Kufuor was in power so what are they going to say about George Sarpong? to us, there is nothing wrong with the committee,” he stated 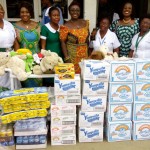