The National Media Commission is calling on journalists to provide fair reportage even as the country goes into elections in November this year.

A statement from the Chair of the Commission Kwasi Gyan Apenteng, says journalists have a duty to play in ensuring an informed society as well as a peaceful election.

“In an election year the media will have to play its role and play it well. We know that many of the tragedies that have befallen some other countries have emanated from the misuse of the media for political purposes.

“Luckily in Ghana we have a media environment that is regulated strictly by a constitution which is liberal and enables us to do many things,” he said.

Kwasi Gyan Apenteng called for professionalism on the part of the journalists.

“The main message is for professionalism. People must do the things they are thought as journalists. Let’s get the basics right. That is check your facts, issue your correction at the first opportunity. Respect the views of all the various contenders in an issue as far as is possible to do,” he said.

He admitted that journalists may have their own opinions on issues but was quick to add that the journalist must remain firmly in the middle.

“The position of journalists is not that we do not have our own views. We do but the very meaning of the word medium (media) requires us to stand in the middle and we have to stand there firmly and justly,” he said.

The country goes into the polls in November 7, 2016 to elect new or retain old Parliamentary and presidential candidates. 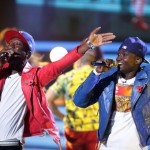