Pollster Ben Ephson has asserted that the political influence of Dr. Kwame Nkrumah in Ghana’s politics has hugely waned and hence it could not propel his daughter- Samia Nkrumah- to victory in the recently held CPP Presidential race.

Political pundits had tipped Samia above her other contestants in the CPP race following the media hype as well as the influence of her father in Ghanaian politics as the first leader of the West African nation, but she polled 579 votes as against Greenstreet’s 1,288. The others, Joseph Agyapong and Bright Akwetey secured 83 and 42 votes respectively.

Ephson, who had always insisted political dynasty is alien to politics in Ghana, noted on Anopa Kasapa on Kasapa 102.3 FM on Monday that Samia couldn’t make inroads into the elections, since “there is a limit to how much she can use her father’s influence to win an election”

“You cannot ride on the back of your father’s glory to win election,” besides, the leading polls researcher said her father’s time is past and will not do the trick for her in elections.

But notwithstanding her defeat in the CPP flagbearership race, Samia Nkrumah has given wind of her intent to contest again the Jomoro parliamentary seat in the upcoming elections.

In her estimation, her quest to win back the Jomoro seat will better place her to serve the CPP again. 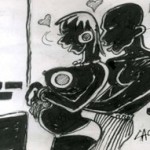