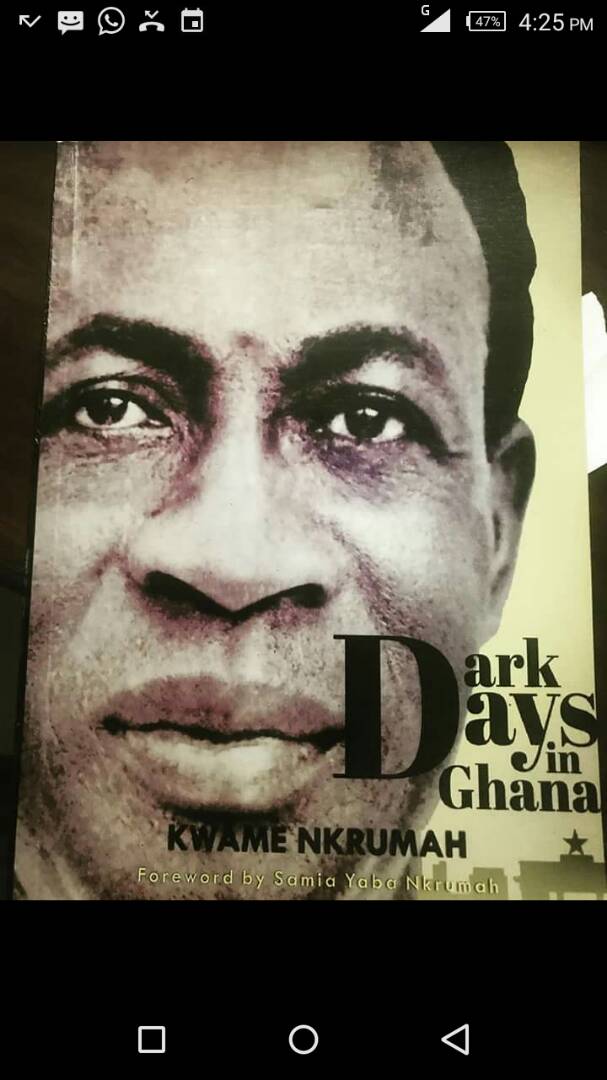 Nkrumah is vilified because he identified foreign interests as wanting to continue to exploit us and to put a stop to his government’s policies which were designed to protect our rights. “Under colonial rule, foreign monopoly interests had tied our whole economy to suit themselves. We had not a single industry,” he tells us.

In his book, Dark Days in Ghana, Kwame Nkrumah said that was no possible justification for the abandonment of Ghana’s 1963/4 Seven Year Development Plan and the fire sale of Ghana’s assets after the illegal overthrow of his government in 1966.

That Seven Year Development Plan was worked out with some of the world’s leading experts on economic and social planning at the time. He tells us “It was to integrate educational, industrial and agricultural programmes to bring full employment, and to make possible the achievement of economic independence and a big rise in our standard of living. And this was the plan the rebel military regime scrapped as soon as they usurped power.”

Nkrumah put the interest of Ghanaians and Africans above all else. The policies he implemented expressed the democratic will of the people, as they were ultimately designed to benefit the majority of the people, to alleviate poverty and eradicate ignorance. Indeed, who are the ultimate beneficiaries of free and compulsory education from primary to university level? Nkrumah used Ghana’s share of our trade and production for improving the living standards of many. Hundreds of factories were set up to increase local production, and give Ghanaians confidence, skills and livelihoods.

Every crucial socio-economic move was put before Parliament and they were invariably carried by a majority in Parliament, including the votes of non-CPP MPs. Referenda were also held to ascertain that the majority of Ghanaians were aware of all proposals and were in agreement. Every step was debated and considered. After all, Ghanaians were no strangers to democracy; three elections decided our independence, in 1951, 1954, and 1956. And our 1960 Republican Constitution remains the only one produced by a fully elected Constituent Assembly.

In enforcing the will of the majority, Nkrumah upset vested interests and suffered several assassination attacks that rather led to the deaths of innocent Ghanaians. A law to curb these acts of violence was put in place, not to target the whole population but those engaged in assassination attempts. That law, the Preventative Detention Act, is very similar to those enacted by western governments today against terrorism. Throughout those years, Nkrumah NEVER signed an order to carry out a death sentence.

In Nkrumah’s own words, “we had proved that we were strong enough to develop independently, not only without foreign tutelage, but also in the context of active imperialist and neo-colonialist resistance.” The illegal overthrow of Nkrumah’s government has strengthened the hand of those exploiting Ghana’s wealth at the expense of Ghanaians.

We need selfless leaders who put the interest of our people above their own comfort. We need courageous leaders who lead the people to take control over our economy and our resources. We need Pan-African leaders who plan our development with other African countries knowing this is the only way to resist neo-colonial exploitation and to transform our economies.