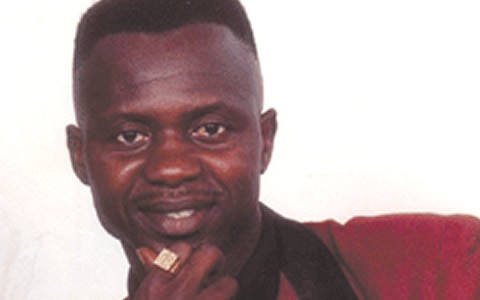 Veteran comedian Yaw Donkor, popularly known as Nkomode, who passed away on Friday, February 5, will be buried on 28 April, 2016.

This was disclosed by the family head of the Abladze family of Wassa Akropong during his one-week remembrance ceremony in Accra.

The funeral is also scheduled to take place at Taifa in Accra where Nk?m?d? lived part of his life and will later be taken to his hometown Wassa Akropong for burial.

Alex Baidoo, who spoke with Accra FM during the programme, entreated Ghanaians, especially individuals in the movie industry, to show solidarity as they mourn a beloved son.

“His death is a great loss to the family. There was excitement in the family anytime he was around and he was very important to us. We appeal to all Ghanaians to join us to mourn his death,” he stated.

Several celebrities including Akrobeto, Katawere, Paa George, Asaase Aban, Ice Kenkey and Bob Okala were present to mourn with the family at the one-week remembrance service.

Paa George, who was one of Nkomode’s comrades, told Accra FM that “Nk?m?d? was humble and accepted criticism to learn more. He was very respectful and always sought advice from the elderly,” he recounted.

Sources say Nkomode died of kidney, liver and bladder problems, which got him bedridden for years.

Nkomode shot to fame during the famous Key Soap Concert Party shows in the late 90s.

He deposed comedy greats like Bob Okala, Original 32, and Agya Koo as the champion of comedians in the 90s.

Nkomode’s wife, Obaa Yaa, was said to have divorced him on grounds of ill health before he passed on.

He left behind six children, one boy and five girls. He died at the age of 58.