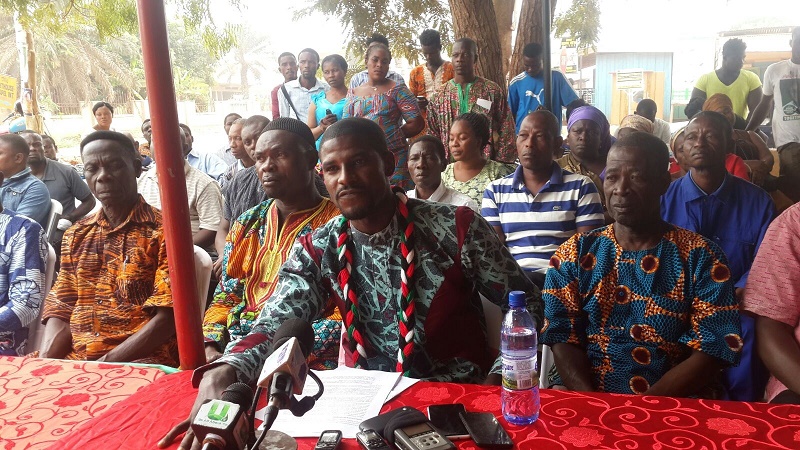 Some aggrieved branch executives of the National Democratic Congress (NDC) in the Ningo-Prampram constituency have threatened to go to court if the party’s National Executive Committee (NEC) fails to act on several petitions brought before it.

They want Sam Gorge, who defeated incumbent ET Mensah in the parliamentary primary last year, to be seriously punished by the party for allegedly perpetrating election fraud else the NEC must be blamed for anything untoward that will happen in the constituency before and during this year’s general election.

According to them, several electoral malpractices were recorded during the party’s last primary in the constituency and that the findings had been made available to both the regional and the national executives for redress but are yet to be acted upon.

The aggrieved branch executives are calling on the national executives to immediately investigate the parliamentary primary held in Ningo-Prampram if the NDC is to retain the seat in this year’s elections.

According to the party members, the Vetting Committee in the Greater Accra Region erred at the initial stage by clearing Samuel George Nartey to contest in the parliamentary primary because until the 2012 elections he was unknown in the constituency.

Okoe Mensah, spokesperson for the said branch executives, addressing a news conference at the party’s constituency office in Prampram said, “Judging from the period between 11am and the closing time of 5pm on the voting day, the total votes obtained at Ahwiam, Lekpongunor and Dawa could not have been correct if multiple voting had not taken place. Voting at these polling stations need to be thoroughly investigated.”
.

He said they wanted to hear from the national executives of the party since they were in dilemma, adding that the Ningo-Prampram seat is not safe for the NDC as the opposition party is in a better position to win it.

“We are surprised at the total silence on the part of the National Executive Committee of the NDC in connection with the petitions referred to them. We wish to use this occasion to reiterate the concerns we have been making all this while, and to call for immediate action from the party’s NEC or else they should blame themselves for anything untoward which has the potential of making the NDC very unpopular in the November 7 elections,” Mr. Mensah stated.

“In view of the happenings preceding, during and after the parliamentary primary, we are humbly appealing to the National Executive Committee of the NDC to have the elections held at Ningo-Prampram constituency investigated thoroughly and if the allegations against Sam George are proven, they should go ahead and annul the results of the election and punish all deserving parties, especially Samuel George, for bringing the name of the party into disrepute,” Okoe Mensah charged.

The constituency branch executives have submitted their statement to the chairman of the party in the Ningo-Prampram constituency, Jacob Lartey Ayim, to be forwarded to the party’s hierarchy for redress.