On this column we raised the access to foreign exchange issue. There   has been several informed reactions to the issue. Here is one of    such reactions.

Whereas the Nigerian monetary authorities fixed the official exchange rate at N196 to a dollar, there is today a near 50% differential in the parallel market rate to the official rate. The fact that the exchange rate is not market determined, that the price of the dollar is not determined by the equilibrium of demand and supply means significantly that the dollar is officially priced far below its true market value.

The incentive for rent seeking and price arbitrage, given the increasing differential has never been stronger. We are back in the days of essential commodity or import licence where you don’t need to work hard anymore to make huge fortunes. All you need is to have the connection to be allocated dollars in the guise of a legitimate transaction.

A manufacturer can potentially make a quick 30% return in one month on her dollar allocation and do not then need to go through the trouble and risk of running a factory, importing raw materials, producing and distributing her goods, all which will give her a 15% profit margin at best in one year. Meanwhile, factories are closing down, as genuine businesses who need the forex cannot get dollars and the lucky ones who get forex allocation are quietly changing their business model from manufacturing to round-tripping their dollar allocations.

The net effect is that the economy has slowed down and nearly grinding to a halt. Companies are retrenching staff as they cannot produce. Unemployment and social misery is rapidly compounding and will compound in an accelerated fashion if the current policy is not reviewed. Unlike the good intention professed by the President, Nigerians are not the ones benefiting from this current fixed exchange rate policy but few Nigerians who are privileged to allocate or get dollars at official rate who are making huge fortunes on dollar price arbitrage.

It should be emphasized that unlike President Buhari would have wished, that even those who get the dollar at N196, if they ever really do any manufacturing or trading, are not pricing their inputs and final products at N196 to a dollar. Every business is pricing their input at close to parallel market rates to determine their final shelf and market price.

Imported inflation is skyrocketing and may continue to do so in accelerated fashion. In essence, the Federal Government’s good intention of taming imported inflation by legislating an exchange rate has not materialised. Our current fixed exchange rate policy is therefore like an ostrich that buries its head in the sand or can be described as an attempt to hide behind a finger. The ostrich that buries its head in the sand does nothing really to manage its danger but engages in a self-delusion that it is doing so.

The indices of the test of the current policy are clear. It is not working. Output is down, inflation is rising and unemployment is beginning to accelerate as companies close down or rationalize operations. Investment confidence has been eroded leading to massive capital flights. In a country that need foreign direct investment to support its low capital formation and national savings, current monetary policy flip-flops and uncertainty have not helped investor confidence.

The negative trajectory of the growth of our foreign reserves now at USD28billion, its on-going rapid erosion due to attempts by the reserve bank to artificially defend the naira at its overpriced value further erode investor confidence and increases uncertainty concerns of investors who will either wait for the dark clouds to settle or fly with their capital. It should be emphasized that investors are less concerned about exchange rate or value than with the uncertainty of where the exchange rate will be tomorrow.

No-one does anything when everyone is uncertain. The economy slows down and unemployment accelerates. Meanwhile, speculators continue to bet against the currency of a country with eroding trajectory of reserves, front loading and amplifying demand for forex and further driving up differential between the official and the parallel market.

A floating market determined naira-dollar rate that ensures that “anyone who can pay will get” will eliminate speculation and front-loading. A floating exchange rate policy will also mitigate significantly the uncertainty concerns of investors reversing current capital flight while stemming the erosion of foreign reserves. The national treasury will also be boosted by a dollar that is priced at its true market value to the naira.

The rent seeking and arbitrage margins on the dollar sold through official market will be eliminated as this arbitrage differentials comes directly into the national treasury boosting government revenue at this critical time of fiscal constrain. A floating exchange rate policy will improve output and get more people back into jobs.

A floating exchange rate policy supported by prudent fiscal management including the privatization of refineries to bring investors who along with the Dangote refinery in the pipeline, will produce petroleum products locally, will eliminate the huge pressure on the dollar by petroleum importers, which could even strengthen the naira.

What are the downsides of a floating exchange rate? A floating exchange rate policy may imply that the naira to the dollar rate will become significantly higher than the current N196 in the near term. The fact, however, is that only few privileged elites and their businesses get the dollar at current official rate. Most Nigerians buy and price their production input at parallel market rate. The Nigerian economy cannot lose what it does not presently have in real terms in a strong naira.

A floating naira with exchange controls that mitigate against short-term arbitrage incentives, where speculation and front-loading are eliminated may actually settle at a rate better than current parallel market prices. The choices before us are simple. An illusory strong naira that only few privileged Nigerians get at official rate with declining output and rising unemployment or a naira priced at its relative real value with increasing output, investment and rising employment.

It is important to stress that there is no painless monetary policy option on the table for Nigeria at current low oil prices, especially for a country that has squandered its previous oil windfall savings. This patriotism and good intentions must be situated within the way economics works. This government or its ruling party has only a two- year window to fix the economy and present its economic management credentials to Nigerians as it seeks re-election in the last two years of its administration.

It risks boxing itself into a corner as current monetary policies are largely palliative, attempting to provide symptomatic relief for a patient whose fundamental underlying condition is rapidly deteriorating. The patient does not have to get into intensive care before the right medicine is administered. It may be too late. There is a “fierce urgency of now” to act with more flexible economic policies. We wish President Buhari well. 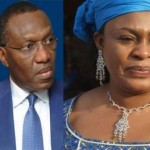 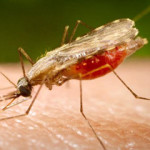