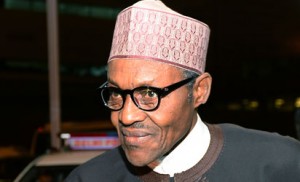 The January 15 1966 coup was undoubtedly masterminded by a set of junior officers with a fiery zeal to clean up the polity. 50 years on, a number of actors at that time are today interfacing in the polity with yet a number of other actors that were at that time unborn or at best toddlers.

Chief Anenih was a policeman at the time of the 1966 coup and was about being deployed for further training abroad at the time of the coup. He had served as an orderly to President Nnamdi Azikiwe earlier. Anenih had until recently served as chairman of the Board of Trustees of the former ruling Peoples Democratic Party, PDP and famously hailed as the leader by political associates in the party on account of his ability to fix political issues in the party.

Captain Danjuma played no role in the January 1966 coup that was masterminded by officers who were mostly majors. He has, however, been generally reputed to have played an active role in the counter coup of July 1966. Danjuma subsequently rose to become the chief of army staff and retired at the advent of the Second Republic. He subsequently served as minister of defence in President Olusegun Obasanjo’s first civilian administration between 1999 and 2002. Today, Danjuma continues to play advisory and philanthropic roles in the polity.

Lieutenant Buhari like Danjuma played no role in the January 1966 coup, but is believed to have participated in the July 1966 coup spearheaded by northern officers. Buhari subsequently rose to become military head of state between 1984 and 1985. Following his acclaimed conversion to democracy, Buhari was returned to power as civilian president in May 2016. He is presently president and commander in chief of the armed forces.

The pregnancy that led to the birth of the incumbent speaker of the House of Representatives, Yakubu Dogara was not conceived at the time of the 1966 coup. He was born on December 26, 1967 nearly two years after the July 15 coup.

Governor Tambuwal was born five days before the tumultuous events of January 15, 1966 having celebrated his fiftieth birthday on January 10, 2016. He had previously served three terms in the House of Representatives including a four year stint as speaker before his present position as governor of Sokoto State.