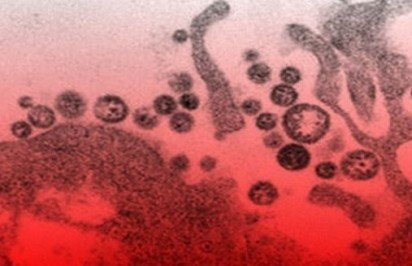 SOMETIME in 1969 in a town called Lassa in the part of Nigeria now known as Borno State, a nurse in a mission hospital died of a mysterious disorder. There were two similar reported cases in Chicago, and New Jersey, United States (US). Both individuals had recent travel history to Africa, one to Nigeria, the other to  Liberia, and succumbed to the illness after returning to the US. They had complaints of weakness, headaches, fever and general malaise. These soon progressed into more serious symptoms that include facial swelling and shock. Later, blood was oozing from their eyes, gums, nose and other orifices.

They had bouts of repeated vomiting, respiratory distress, pain in the back, chest and abdomen, and eventually died after suffering multiple organ failure.

The deaths caused worry and concern in medical circles and, before long, it was understood that the disease was caused by a virus. The virus was later named “Lassa virus” while the illness was named “Lassa fever” or “Lassa haemorrhagic fever” (the bleeding fever) after the town where it first occurred. This marked the beginning of the Lassa fever epidemic.

The bleeding is often a predictor of a significantly higher risk of death preceded by shock and vascular collapse. Certain death occurs rapidly if proper and urgent medical attention is not administered.

The clinical picture of Lassa fever is nightmarish.

The Lassa virus is a member of the virus family, and it is zoonotic or animal-borne in nature. Lassa fever, Ebola fever and Marburg fever are similar in characteristics and members of the Arenaviridae virus family.

They are classified as haemorrhagic fevers, because they cause severe haemorrhaging in victims. Though 80 per cent of infections elicit no symptoms, if they do occur, they can be quite nasty. Starting with a fever, this can develop into chest pain, vomiting and diarrhoea.

In at least a third of cases, victims develop various degrees of deafness, sometimes leading to permanent hearing.   An infected person may die within two weeks of  initial symptoms because of multi-organ failure.

Since that first episode 47 years ago, Lassa fever has been recognised as an acute viral illness common in West Africa. It is endemic in Sierra Leone, Liberia and parts of Nigeria. Neighboring countries are also at risk due to the animal vector for Lassa virus which is the soft-furred rat (multimammate rat) also known as Mastomys natalensis, that is widespread throughout the West African region. Transmission of the virus from rats to humans is suspected through contamination of foodstuff and water with rodent urine and faeces. Mali, Ghana Cote d’Ivoire, Burkina Faso, Benin Republic and Togo have reported cases.

There are about 300,000–500,000 cases each year, causing about 5,000 deaths. However, it is believed that the estimates are inaccurate because of improper surveillance. Series of Lassa fever outbreaks have been witnessed in Nigeria over the years.   An outbreak within the first quarter of 2012 put the country on edge. At least 15 states were affected with roughly 400 cases and 45 deaths recorded.

While most humans are infected either from contact with an infected rat or inhalation of air contaminated with rat excretions, like other hemorrhagic fevers, Lassa fever is contagious, i.e., it can be transmitted directly from one human to another. It can be contracted through direct contact with infected human blood excretions and secretions, including through sexual contact. There is no evidence of airborne transmission from person-to-person although transmission through breast milk has been observed.

Lassa virus is typically spread through aerosolized virus particles, via either infected rodents (Mastomys natalensis) or close contact with infected individuals. The incubation period is between five and 21 days, with symptoms typically appearing 10 days after infection.

For most of those with a Lassa fever virus infection, symptoms are mild and under-diagnosed. Mild symptoms include weakness, headaches, slight fever and general malaise.

One out of five of infected persons may develop more serious symptoms that include hemorrhaging of the eyes, gums, or nose – repeated vomiting, respiratory distress, pain in the back, chest and abdomen, facial swelling and shock. Neurological issues have also been described in relation to Lassa fever, to include tremors, hearing loss and encephalitis.

It is not generally known, but the most common complication of Lassa fever is deafness. Different degrees of deafness happen in around one-third of those who become infected. In many cases, the hearing loss is permanent. The severity of the disease does not affect this particular complication; deafness might develop in mild as well as severe cases.

Between 15-20 percent of people hospitalised for Lassa fever die from the illness. But studies show that less than 1 percent of all Lassa virus infections result in death. Death rates for women in the third trimester of pregnancy are very high. However, during the epidemics, fatality rate may reach as high as 50 percent in people who become hospitalized.

With mortality rates typically estimated at 15-20 per cent, research of infection vs. mortality rates indicates that less than 1per cent of all Lassa-virus infections in West Africa will eventually result in fatal disease, but could be much higher in people of non-African race.

Antibiotics may also be administered to patients to ward off or treat secondary and/or opportunistic bacterial infections. Currently, there is no effective prophylactic treatment, except for a drug called Ribavirin used for people at high risk. Sadly, no human protective vaccine is currently available.

It is estimated that   51 million Nigerians may be at risk of contracting the disease with the annual number of illness estimated at three million and annual number of deaths put at 58,330. Lassa fever kills in a trail. It is not uncommon for it to completely wipe out whole families.

Diagnosis is sensitive and must be carried out by qualified personnel in a suitable health facility. Ribavirin is an antiviral drug that has been used with success in people affected by Lassa fever. It has been shown to be most effective when it is administered early in the course of the illness. People should also receive supportive care .

Primary transmission of the Lassa virus from its host to people may be prevented by avoiding contact with rats. Putting food away in rat-proof containers and keeping the home clean help with discouraging rats from entering your home. Using these rats as a source of food is definitely not recommended. Trapping around and in homes may help to reduce rat populations.

Meanwhile, Plateau is the latest state where Lassa fever has, of late, been detected.

The fever was detected in some LGAs in the state namely, Jos

North, Mangu, Langtang South, Pankshin and Shendam and the fever has claimed one life, the state Commissioner for Health, Dr. Kuden Kamshak, disclosed at the weekend.

Speaking in his office in Jos on the measures in place to curb the spread of the fever, the Commissioner said the state government had  established Disease Surveillance and Notification Officers (DSNO) in each of the 17 LGAs of the state to  manage the health challenge.

Kamshak stated: “We are also working with medical experts from the World  Health Organisation (WHO)   who are assisting the state to curb the spread. The Federal Ministry of Health has confirmed that the country has been experiencing Lassa fever outbreak in the past few weeks in some states including Bauchi, Nassarawa, Niger, Taraba, Kano, Rivers, Edo and Oyo states respectively.”

He explained that human beings can become infected with the virus when they get exposed to urine and faeces of the carrier animal like rodents (rat) and person-to-person transmission occurs especially in community where people live in clusters and spread faster in such crowded environment especially under poor sanitary conditions.

The Commissioner warned that health officers could be at risk if they do not employ proper barrier nursing and infection control practices as expected of them urging health practitioners especially in rural communities to give prompt report if any case is  suspected.

“Lassa fever is always difficult to distinguish from other viral hemorrhagic fevers like Ebola virus and other diseases that cause fever. The symptom is usually gradual, starting from fever, general body weakness and malaise,”Kamshak added.

He urged citizens not to panic but remain calm and vigilant, and to report promptly to the nearest health care facility and warned residents to clear their homes and surroundings of rats, maintain good sanitary habit and also keeps cats at home to keep off rats.