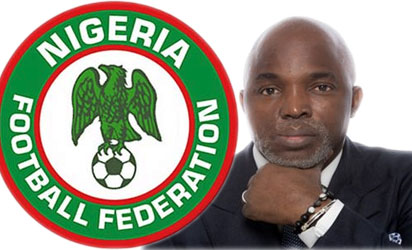 The Minister of Youth and Sports Development,  Solomon Dalung has opened himself up to stinging attacks following his initiation of peace talks over an already resolved case between the President of the Nigeria Football Federation (NFF) Amaju Pinnick and proprietor of Giwa FC Christopher Giwa over the August 30 NFF Elections that saw the emergence of Pinnick as the President of the NFF.

Giwa had challenged Pinnick’s victory at the poll, stating that he won an earlier election held   in Abuja, which was not recognised by FIFA, which   meanwhile okayed Pinnick’s emergence as President. An aggrieved Giwa had taken the matter to a Jos High Court but later withdrew it   after being persuaded by the federal government to quash the case when FIFA was about to ban Nigeria. Giwa’s   case at the Court of Arbitration for Sports was also thrown out after being struck out at the ordinary court of law.

And it so seemed that Giwa had his fate as peace returned to Nigerian football last year, with the country achieving unprecedented feats at both domestic, continental and international stages under the leadership of Pinnick, whose modern-day and pragmatic approach to football matters was complemented by the innovative leadership style of Shehu Dikko, who runs the League Management Company.

It is on record that under a peaceful atmosphere that the Golden Eaglets won a fifth title at the FIFA U-17 World Cup in Chile last year while the national under-23 side won the AFCON U-23 Championship same year in Senegal, as well as qualifying for the Rio Olympic Games.

Indeed, the odious and foul smell of crisis, which had dogged the last NFF board headed by Aminu Maigari and culminated in the non-qualification of the Super Eagles for the 2015 African Cup of Nations in Equatorial Guinea, seemed a thing of the past in Pinnick’s first year at the Glass House.   But all that peace and tranquility may evaporate sooner than later after Dalung summoned Pinnick and Giwa to a meeting on January 20.

In a statement issued by the minister’s Special Assistant on Media, Nneka Ikem Anibeze, Dalung said “after a comprehensive study of submissions from both sides, I have fixed January 20, 2016 to meet with the leaders of the two groups to resolve the issue.
“In the light of the above, the leaders of the two warring groups are hereby advised to refrain from acts capable of jeopardizing the peace process.
“They should therefore maintain calm while the issue is being resolved. All should note that any act contrary to my appeal will continue to tarnish the image and integrity of the country and further scare would-be investors from our sports.”

Observers are worried that this orchestration of a needless disruption of the peace and an unjustified distraction of the the flow with which the NFF has achieved commendable progress in the past one year are unfolding in the full glare of Dalung, who like Giwa hail from Plateau State and are said to be friends.

And in a rather interesting twist, Dalung’s Special Assistant on Media, was until recently, the media aide of Giwa, churning out news releases to defend Giwa’s leadership claim.

And this has further fueled fears that Dalung is merely acting out the script of Giwa, who unfortunately is not recognised by FIFA and CAS, prompting any action taken at the planned January 20 meeting to run contrary to FIFA rules and may therefore provoke sanctions to be meted out to Nigeria at a time that the national teams will be battling on all fronts for AFCON qualification, Rio Games and the 2018 World Cup qualifying campaign.

And the minister’s attempt to resurrect what seemed a dead matter has been described as a wild goose chase by football stakeholders, who condemned the minister’s seeming intrigues.
Speaking In an interview with Saturday Vanguard, former scribe of the NFF, and one time member of House of Reps, Sani Toro said Dalung should go by the rules and not subject Nigeria to international embarrassment.

“He should go by the rules so that the country is not subjected to unnecessary embarrassment and ridicule. The rule is very clear, we have a duly elected NFF leadership, so if we allow Giwa the leeway, then we should be ready to face the consequences. As long as we want to remain in FIFA, the minister should work with Pinnick”.

Former Eagles defender, Yisa Sofoluwe said “nothing would come out of the meeting because as long as FIFA has recognised Pinnick as the duly elected President of the NFF, any action by anybody in Nigeria or outside is in vain.

“I don’t need to advise the minister because nothing can change the fact that Pinnick is the duly elected President of the NFF. Nothing can change that fact. Even government can’t change it through the back door. Due process must be observed. As things are, they have to wait till the next election to change him. It even depends on the role he plays now”, added Sofoluwe.

The former Flying Eagles star said that the meeting was a cover-up to take Nigerian back to the trenches by anti-progressives, who only benefit when there is confusion in the NFF.

“They are using this to divert attention from the challenges that are ahead of us in the AFCON 2017 race. I don’t want anybody to take us back to the dark days of confusion. Our teams are doing well and all of a sudden, they want to sow the seed of confusion in our wheel of progress”, said Sofoluwe, adding that Giwa should be ignored by all well-meaning football stakeholders.

“Who is Giwa to be attracting attention in the first place? He is just making noise, which should not be entertained. We have enough developmental matters to attend to in our football to have time to give to Giwa and his cohorts. I don’t know why some people are fond of fomenting trouble and they are roping in the minister who appears to be a willing tool”.

Also commenting, respected CAF instructor and veteran journalist, Paul Bassey told Saturday Vanguard Sports that it was pointless for the minister to call a meeting to resolve the leadership tussle between Pinnick and Giwa because “as far as I am aware, the matter has been settled by CAF, FIFA and CAS, who recognise Pinnick as the legitimate President of the NFF.

“For the avoidance of doubt, any issue bothering on statutes and election has been settled, so it is needless to call for such a meeting. We should be careful not to reopen old wounds. But if the meeting is about having Pinnick and Giwa see themselves as friends, then there is no problem with it”, added Bassey, who spoke from Rwanda, where the African Nations Championship is holding.

In his reaction, the Group Sports Editor of This Day Newspapers, Duro Ikhazuagbe questioned the minister’s motive to resurrect a dead matter.

“What is he trying to raise up? Has CAS not ruled on the matter? It is a dead matter and I don’t know what they want to achieve and create problems for our football. CAS said Giwa had no case, so why should the minister suddenly come out from the blues and call for a truce meeting? He would do Nigeria a lot of good by not resurrecting a closed matter”.

Threading a similar line, ex-international, Edema Fuludu said “if the meeting was called to resolve a leadership tussle, then it is not in line because we have no leadership tussle in NFF. But I think the minister’s intention is to forge a cordial relationship between Pinnick and Giwa because my thinking is that Giwa still feels aggrieved and in the minister’s wisdom, the meeting is to bring them together as friends”.

The Sports Editor of Guardian, Christian Opara, while commenting on the issue said “in the first place, there should be a basis for such a meeting but in this matter, Giwa has no basis to be called for a meeting with Pinnick because CAS has settled the matter long ago and unless the minister wants to tell   us what is happening that we don’t now.   I see no reason for such a meeting. The whole thing is murky”.

Also speaking, Fred Edoreh, who is the Chairman of Lagos chapter of the Sports Writers Association of Nigeria told Dalung that the leadership tussle was a dead matter, warning that its resurrection was capable of tainting his image in the eyes of President Muhammadu Buhari.

”This is also capable of smearing his image.  It needs to be restated for the benefit of the public that the Giwa matter was conclusively resolved at both the Federal High Court in Jos and at the Court of Arbitration in Sports.

“In the second instance, the Giwa group claiming to the board of the NFF had first approached the CAS in 2014 seeking an injunction to stop FIFA from banning Nigeria in reaction to their suit in Jos and their forceful seizure of the NFF secretariat, and substantively to upturn FIFA’s decision disqualifying their purported election and letter endorsing the Amaju Pinnick election.

“Having withdrawn their case and vacated the NFF secretariat, the CAS saw no need to grant the injunction. The substantive case was ruled upon on May 18, 2015 with Mr. Giwa personally present in court.

“With the foregoing, it is clear that the dispute was sufficiently and conclusively thrashed in both the regular courts and and the judicial institutions of sports. The question is ‘what again?’ and the advice to let peace reign and let no persons drag and distract the concentration of the Honourable Minister from more noble pursuits”, Edoreh said in a recent statement.

Also speaking, a football fan Timothy Daniel urged the minister to allow the peace that has set into our football to reign unfettered and quash the planned meeting for January 20.

“Order has set into our football. Throughout last year, we had peace at the NFF and I see no reason for us not to build on that success. The minister should just allow things to be the way they are. He should not rock the boat and take us back to the dark past”. 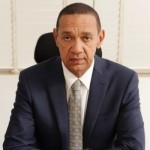 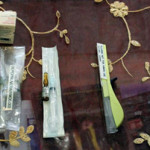