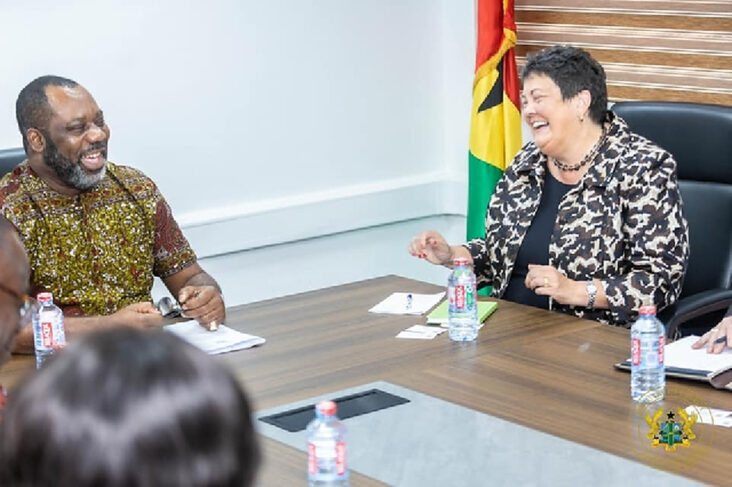 The Ambassador of the United States to Ghana, Virginia E. Palmer, on Friday, 13 August 2022, called on Energy Minister Matthew Opoku Prempeh at the Ministry of Energy.

Taking over from Stephanie Sullivan in April this year, the call on the minister was her first since assuming office.

Ms Palmer expressed her excitement about meeting the Energy Minister who, during his time as Education Minister, supervised the successful implementation of the flagship Free Senior High School Policy of Government. She expressed her commitment to the existing bilateral ties between Ghana and the United States, especially in the energy sector.

Dr Prempeh indicated clearly, Ghana’s gratitude to the United States in the execution of the MCC-Ghana Power Compact. “This arrangement saw the construction of the Pokuase Bulk Supply Point, Kasoa Bulk Supply Point as well as a number of distribution substations,” he said.

The Minister also recounted the friendly investor relations between Ghana and the United States in the petroleum sector which has seen US giants like Hess, Anadarko and Kosmos, among others, operate in Ghana’s petroleum space.

He also told the Ambassador about the various efforts by the Ministry of Energy at addressing the challenges in the generation, transmission and distribution value chain of Ghana’s power sector, which includes an emphasis on renewable energy. This, Dr Prempeh said comes on the back of Ghana’s International Commitments in the Paris agreement, among others.

He also told the delegation of his determination to ensure that “we optimize the resources in our petroleum sector for the benefit of our people.”

“I look forward to a more enduring partnership and collaboration in the energy sector, as we keep faith with the Ghanaian people, on keeping the lights on and the nation moving”, Dr Prempeh added. 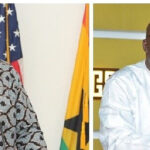 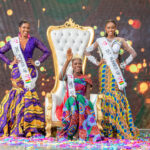