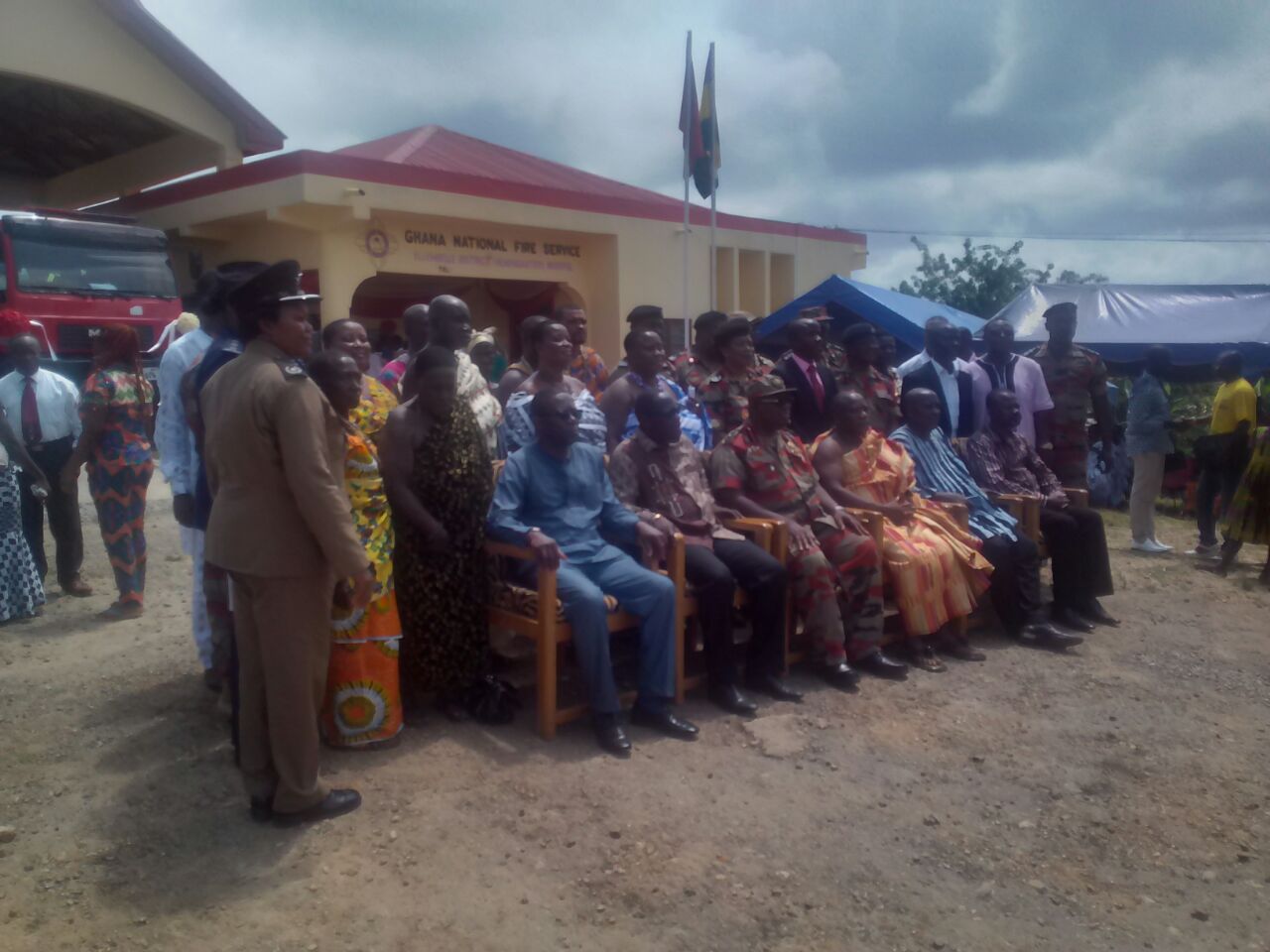 A newly built fire service station with brand new fire thunders have been commissioned in the Ellembele district of the Western region.

During the inauguration, the Ghana National Chief Fire Officer, Chief Gassy Brown, thanked the Member of Parliament of the area who doubles as Ghana’s Petroleum Minister, Hon Emmanuel Armah Kofi-Buah, and the DCE, Hon Daniel Eshun, for the support they showed towards the establishment of the station.

Chief Brown also disclosed that government is bringing 24 engines, thus, fire thunders into the country and that management of the station must maintain the fire thunders well because the new thunders given to Ellembele district cost Ghana National Fire Service $2,000.

He also made known that Ghana National Fire Service has provided one hundred and fifty (150) fire engines to the country. “Today’s inauguration of this station has added to the existence, 24, making 25 fire service stations inaugurated in 2016 across the country” Chief Brown emphasized.

speaking at the inaugural ceremony, the Western Regional Minister, Hon Paul Evans Aidoo, cautioned management of the station to use the fire thunder judiciously. Hon Evans Aidoo expressed his appreciation to His Excellency President John Dramani Mahama for the provision of fire equipments.

The Chairman for the occasion, Awulea Amihere Kpanyinli III, who is the President of Eastern Nzema Traditional Council, thanked President John Dramani Mahama for the developmental projects that he has brought into the Ellembele district.

Hon Emmanuel Armah Kofi-Buah also expressed his profound gratitude to President John Dramani for the love he has shown to his district. He appealed to the conscience of the people of Ellembele to vote massively for President Mahama for another four years to finish his policies and projects for the district and Ghana as a whole.

He made it known that ending of July, 2016, the Ghana’s Attorney General and Minister for Justice will visit Ellembele district to commission a newly built Magistrate Court that the NDC government has built.

The Member of Parliament welcomed the new district fire service Chief Commander, DOP Comfort Kwame, to his district and promised her that he is going to work tirelessly with her as an MP for the area. The District Chief Executive for the area introduced the newly recruits under the Youth Employment Agency in fire service personnel for the district to the gatherings.