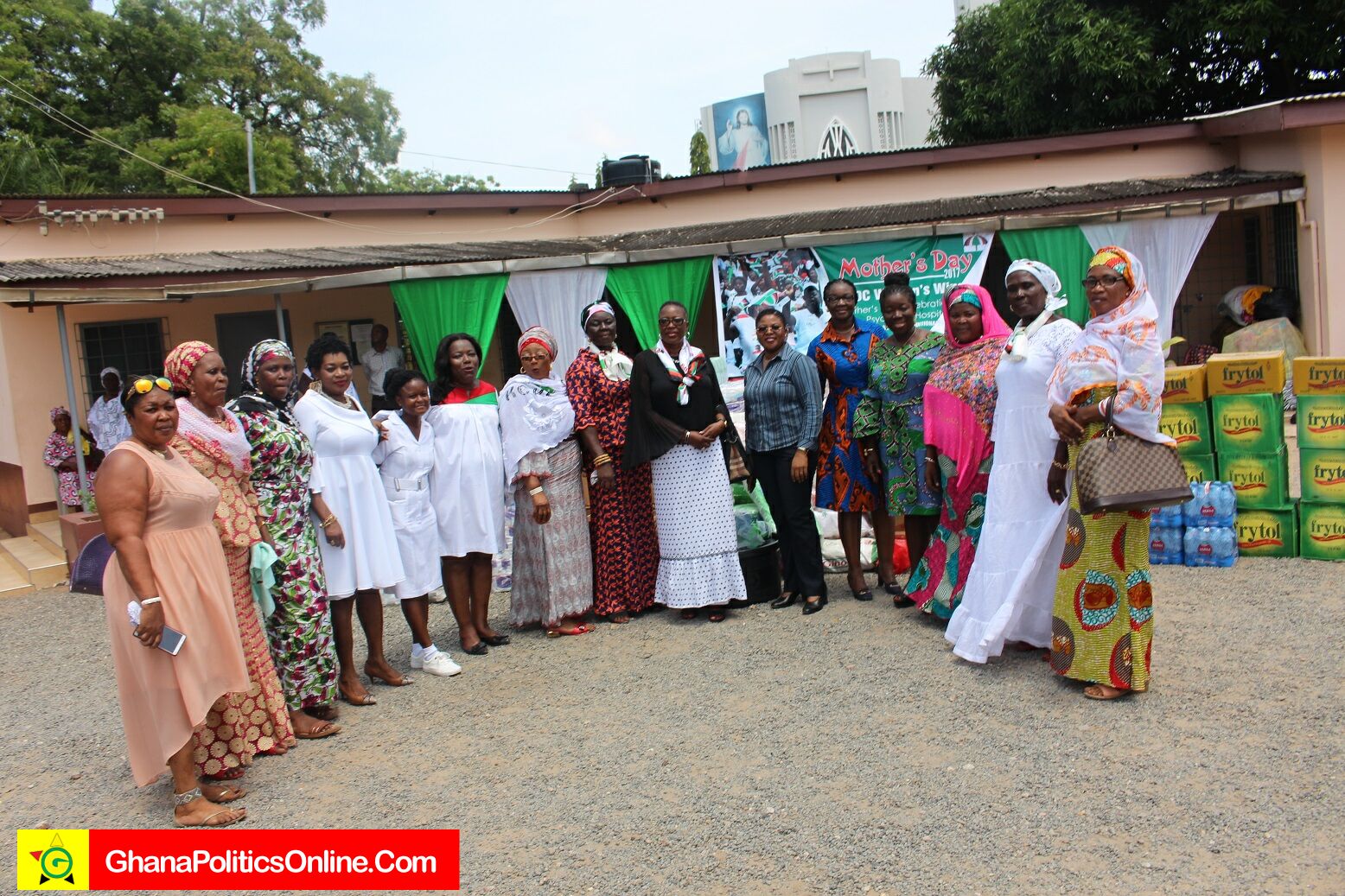 The National Democratic Congress (NDC) Women’s Wing has donated food items and non-consumables to the Accra Psychiatric Hospital ahead of the commemoration of Mother’s Day on Sunday.

Mrs Faustina Nelson, the Chairperson, NDC Women’s Wing, speaking at the event said the donation was to support the hospital to properly take care of mental patients.

Nana Oye Lithur, the Former Minister of Gender, Children and Social Protection said they would be extending such gestures to other institutions and vulnerable groups to better their lot.

She said there was the need for government to scale- up support to mental health in the country and tasked the government to make it a priority.

Dr Ama Boadu, the Head of PR Unit, Accra Psychiatric Hospital, on behalf of the hospital management and staff, expressed appreciation to the Women for the gesture.

“We really appreciate that you see it as necessary because, the hospital is in dire need,” she stated.

Mother’s Day is celebrated to honour mothers, motherhood, maternal bonds, and the influence of mothers in society. This year, the Day falls on May 14