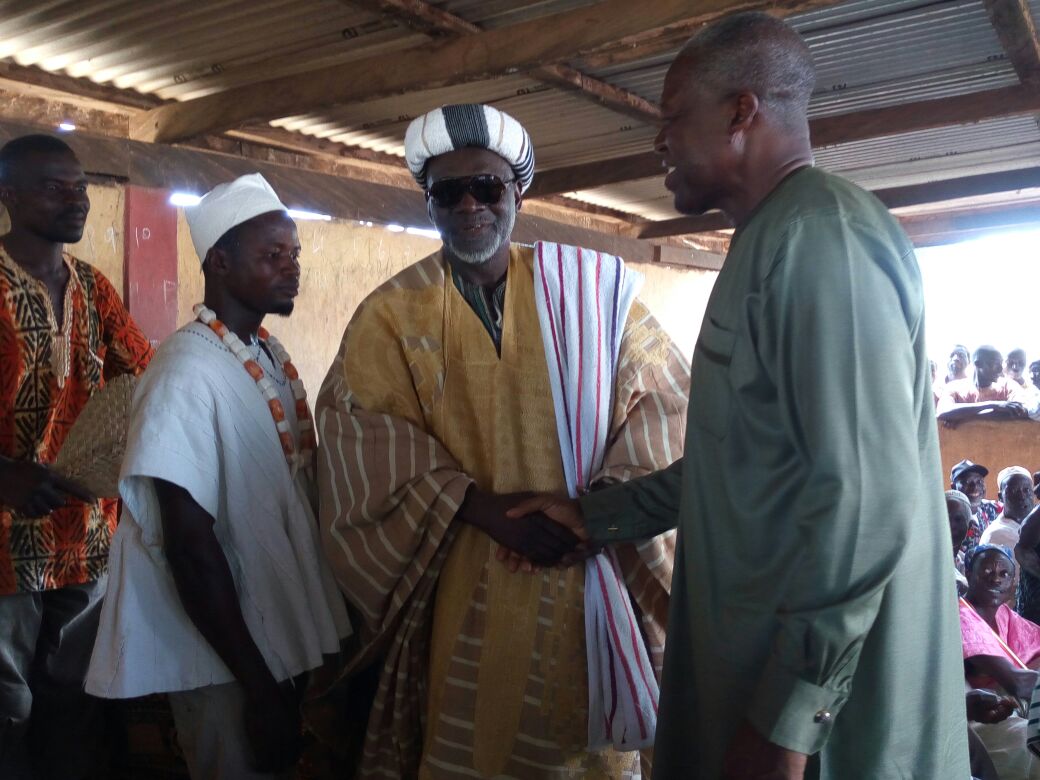 Vice President Kwesi Amissah-Arthur has given the assurance that the National Democratic Congress (NDC) would continue to provide development to the rural areas because they are at the centre of its agenda.

He said President John Mahama-led administration was also determined to ensure regional balance in terms of development for the people.

Vice President Amissah-Arthur gave the assurance when he addressed the durbar of chiefs and people of the Wassa Amenfi traditional area to celebrate this year’s Adimekese festival at Wassa Akropong in the Western Region.

The Vice President who has been on a four-day campaign tour of the region also used the opportunity to address NDC supporters.

Vice President Amissah-Arthur said the NDC government would continue to provide more infrastructure in order to open up the area for investments and to create jobs for the people and that the second term of President Mahama would focus on the resource development of the country.

He promised to send the request made by Tetrete Okuamoah Sekyi II, Omanhene of Wassa Amenfi traditional area to be given one of the community day secondary schools and vocational institutes to Cabinet.

Tetrete Sekyi called for a long term relationship between the traditional area and government and indicated that strengthening of these ties would go a long way to enhance the development of the area.

Mr. Emmanuel Oppong Fosu, Member of Parliament for Amenfi East expressed the need for the chiefs to develop a long term relationship with government.

He enumerated the number of development projects provided to the area including extension of electricity to 85 communities, rehabilitation of the Wassa Akropong town roads, provision of boreholes, among others.