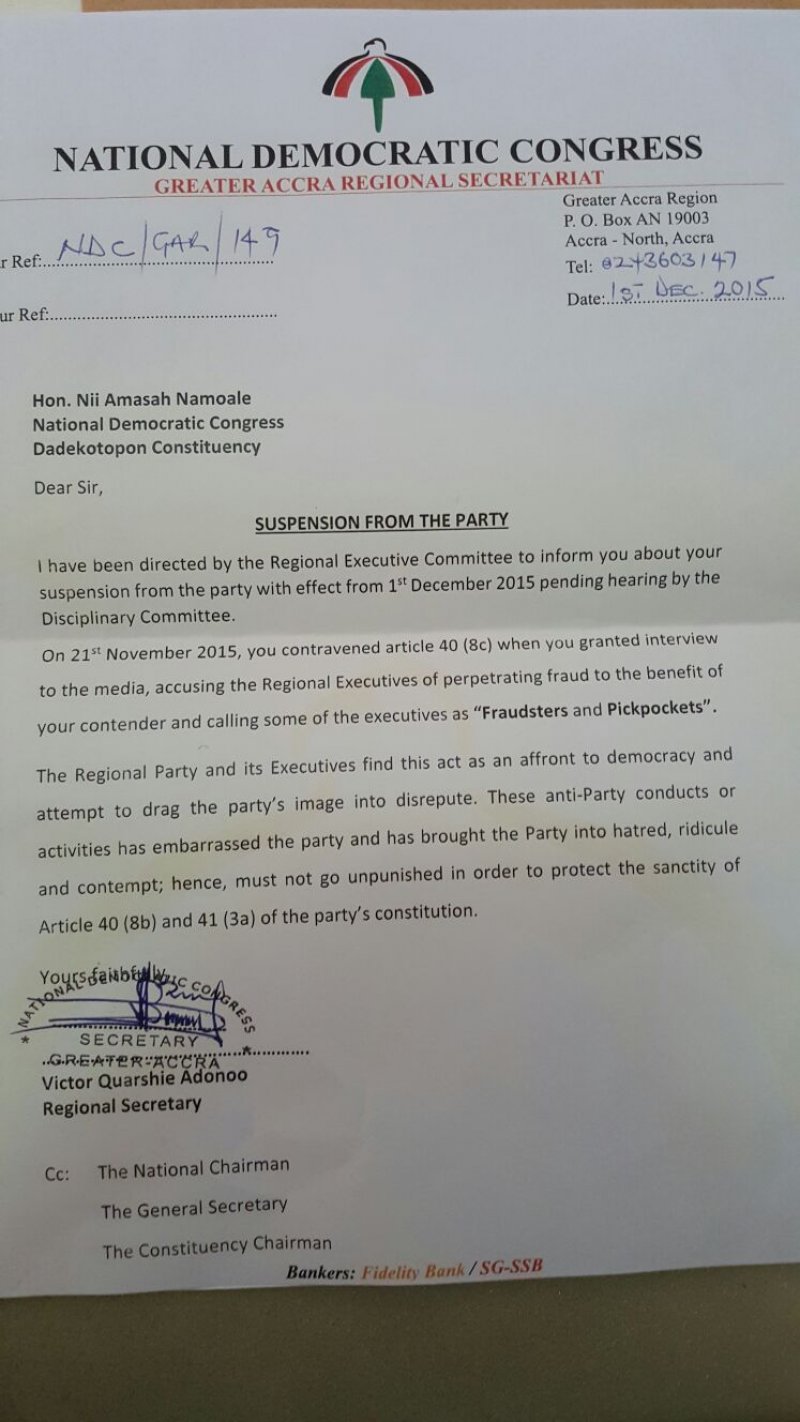 GhanaPoliticsOnline.Com can confirm that the National Democratic Congress (NDC) has suspended their newly elected parliamentary candidate for Ningo-Prampram Sam George.

The decision was taken by the Greater Accra regional branch of the party following his accusation of bias against the executives in the just ended parliamentary primaries.

The party in a letter said George broke parts of the party’s regulations which warns candidates against disrespecting executives.

“I have been directed by the Regional Executive Committee to inform you about your suspension from the party with effect from 1st December, 2015 pending the hearing by the disciplinary committee in line with the party’s constitution.

” On Novermber 21, 2015, you contravened article 41(3a) and 40(8b and C) when you instigated people against the regional executive monitoring team and granted interview to the media accusing the regional executives of perpetrating fraud to the benefit of your contender. The Disciplinary Committee will contact you soon,” the letter read.

The Party has also suspended its candidate for the La Dadekotopon constituency in the Greater Accra region Nii Amasah Namoale for gross disrespect.