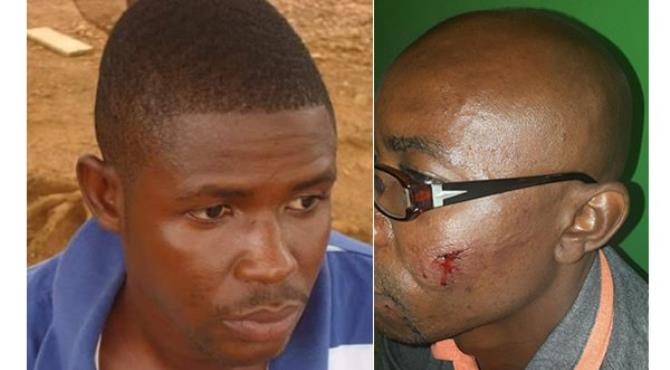 Supporters of the two main political parties, incumbent National Democratic Congress (NDC) and the major opposition New Patriotic Party (NPP), were involved in another violent attack at Wulensi in the Northern Region on Thursday evening.

Supporters are said to be injured in the wake of the attack that also resulted in the destruction of properties.

It took Police reinforcement to clear the confusion and break up the violent attacks on supporters of the NDC and the NPP.

It is, however, unclear what triggered the violence but the supporters of the two parties clashed at Napkayili over a parcel of land last week.
play
One of the injured person at Wulensi

The injured were taken to the Bimbila Hospital for treatment. No arrest has so far been made.

Thursday evening clash comes two weeks after a similar incident at the residence of the opposition leader, Nana Akufo-Addo. In that incident, the security of the NPP leader fired warning shots allegedly to ward off the NDC supporters said to be pelting stones and bottles.
They clashed again in Asokore in the Eastern Region and Wulensi in the Northern Region.