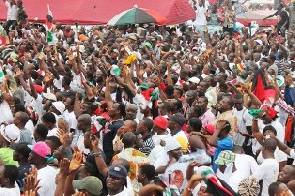 Supporters of the governing National Democratic Congress (NDC) intend marching to the party’s headquarters in Accra in protest to the four months’ jail term handed down to radio host Salifu Maase, aka, ‘Mugabe’ and two radio panellists: Alistair Nelson and Godwin Ako Gunn, by the Supreme Court for contempt.

The supporters say they want the leadership of the party to file for a review of the sentence. They also say President John Mahama must speak on the matter.

They will be converging on the Obra Spot at Kwame Nkrumah Circle and march to the party’s Adabraka headquarters. “Let’s call on our leaders to rise up for justice and protect our media men and communicators. Let’s march till meaning is given to the repeal of the Criminal Libel Law… Mugabe and Co must be set free, the President must speak now,” a circular from the supporters said.

Apart from the jail sentence, each of the three contemnors has been fined a sum of GHS10,000. The owners of the station including Mr Harry Zakkour, who is also the second vice chairman of the governing National Democratic Congress, as well as Mr Edward Addo, Ato Ahwoi, and Kwesi Kyei Atuah, have been fined GHS30,000 each.

They are to pay the fine by the end of Thursday July 28 or risk jail term. The owners have also been asked by the Supreme Court to submit policy documents spelling out how to forestall similar happenings in the future. They have also been asked to ensure that none of their media outlets will be used to scandalise the court or bring it into disrepute.

The NDC, in a statement, described the sentence as “shocking and harsh” as captured below: 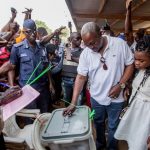