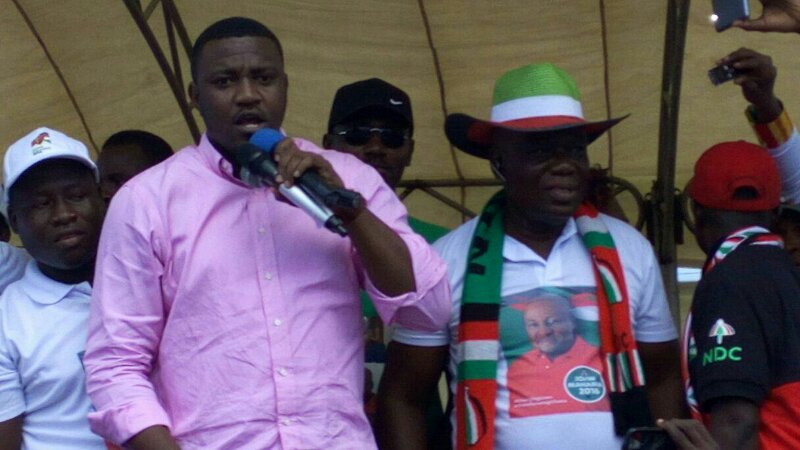 Ghanaian actor John Dumelo has revealed that many have asked him to contest the position of National Youth Organiser of the opposition National Democratic Congress (NDC).

“Honestly speaking I’ve been getting a lot of calls” to run for the position, he told Accra-based Joy FM.
The 33-year-old was on several campaign platforms of the NDC in the run up to the 2016 general elections.

He, however, said that it’s too early to talk about contesting for a position in the NDC even though the “feeling is deep”.
“I’m a youth and I am committed to championing the cause of the youth in this country; whether NDC or the governing NPP [New Patriotic Party]…”
“So the feeling is there. I just want Ghana to develop in the right direction whether NDC or NPP,” Dumelo said.
play
John Dumelo

The award-winning actor also reacted to the controversial seizure of his Toyota V8 vehicle which was said to belong to the state and allegedly gifted him by the administration of former President John Mahama.

He explained that he bought the car but had to let it go because he could afford to buy a new one.