Communications Minister Dr Edward Omane Boamah has described Presidential staffer, Stan Dogbe as a “Hard working guy” – whose recent standoffs with the media cannot easily cause him his job.

Some 155 journalists from over 40 media organisations across the country, last week petitioned President Mahama demanding sanctions against his staffer, Mr. Stan Dodge.

Despite the pressure mounted on the presidency to dismiss the presidential staffer, Dr Edward Omane Boamah, on NEAT FM’s morning show Ghana Montie said, Stan cannot easily be sacked because of an unfortunate blunder.

“Stan Dogbe is still a government appointee, everyone knows how industrious the guy is. His colleagues will tell you how hardworking he is. Everyone has some negative side but that doesn’t mean the person is bad. I know Stan will pick lessons from what has transpired.

“…Leaders of the party [NDC] have counselled him in the wake of recent incidents. Let’s see how he will comport himself in office. What is not in doubt is how hardworking Stan Dogbe is,” he told the host, Kwasi Aboagye.

To Dr Omane Boamah, the Media Foundation for West Africa (MFWA’s) petition to institute punitive action against Stan Dogbe is a bit too extreme.

“The fact that Media Foundation for West Africa has an expectation doesn’t mean that is what the president must do. If at any point in time the president wants to punish his appointees, there are so many ways to do that. They (MFWA)) can’t dictate to the president who to sack or maintain in office,” he stated. 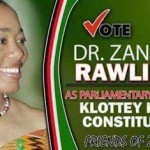