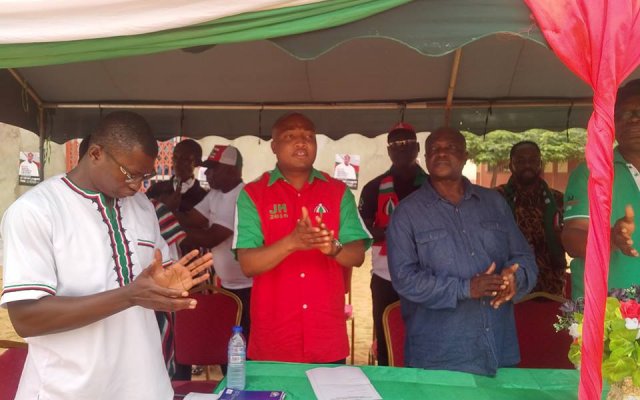 The Volta regional branch of the governing National Democratic Congress (NDC) has inaugurated a campaign task force in the North Tongu constituency to ensure that the party wins more votes in the December polls.

The task force, which was unveiled in the constituency over the weekend, has the former Member of Parliament (MP) for the area, Charles Hodogbe, serving on it.

The incumbent MP for North Tongu, Samuel Okudzeto Ablakwa, after the launch, said: “Thank God for this weekend. We have outdoored a formidable North Tongu NDC campaign task force and continue to have a good tour of our 109 branches.”

“I am grateful to all colleague aspirants in previous primaries including former MP Honourable Charles Hodogbe, who accepted my invitation to serve on the task force, and [they] are happy to assist us secure our agenda 97% for John Mahama. With total unity and dedication backed by appreciation for the tremendous development North Tongu has experienced, we are optimistic of moving from 93% in 2012 to 97% on Dec.7, 2016 for John Mahama.”