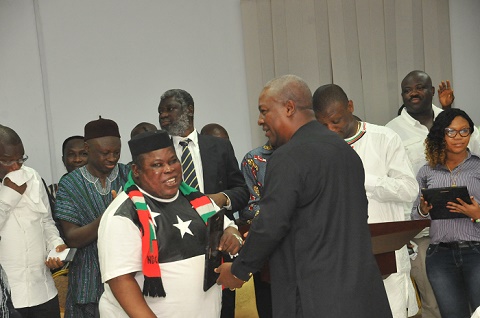 The National Democratic Congress (NDC) has conferred special honours on 55 founder members of the party for their immense contribution towards the growth of the party.

The occasion was to mark the 24th anniversary of the party at its headquarters in Accra last Friday.

The event was attended by party stalwarts including the founder, former President Rawlings; the sitting President and Leader of the party, President John Dramani Mahama; the Chairman, Mr Kofi Poturphy; the General Secretary, Mr Johnson Asiedu Nketiah; Alhaji Huudu Yahaya among others.

The awards, made up of cash prizes and citations, were done in categories of posthumous and surviving members.

The event set the venue active with supporters very confident of winning this year’s election because of what they considered as good track record and project delivery. Enthusiastic supporters who could not gain access to the conference room of the headquarters cheered as President John Dramani Mahama and former President Rawlings arrived at separate times.

The supporters who could not gain access to the conference room where the event took place were provided with a giant screen to closely monitor the event which commenced at 11.00 a.m.

At the ceremony, Mr Poturphy said the party took the decision to honour its founder members for their dedication, patriotism and love for the party.

Mr Poturphy said the party had served as the most successful, long and best serving in the governance of the country from its modest beginnings.

He said the party, from its small beginnings, had made some remarkable strides in the political history of the country by winning four free, fair and transparent elections in the country and was poised to win its fifth in 2016. He expressed the hope that all founder members, foot soldiers, supporters and sympathisers would give it the necessary support to achieve its objectives, mission and vision for the country.

Mr Nketiah for his part said the party would inaugurate its campaign team and other ancillary teams next week and launch its manifesto soon during which it would outline the various programmes for the upcoming election.

Mr Nketiah said the party, which was branded and perceived as a violent party, had now been transformed into a more peaceful, accommodating and acceptable political organisation to the surprise of its opponents who were wobbling in turmoil and disputes. 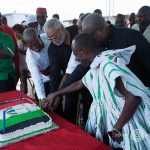 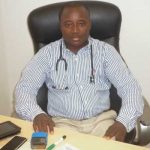