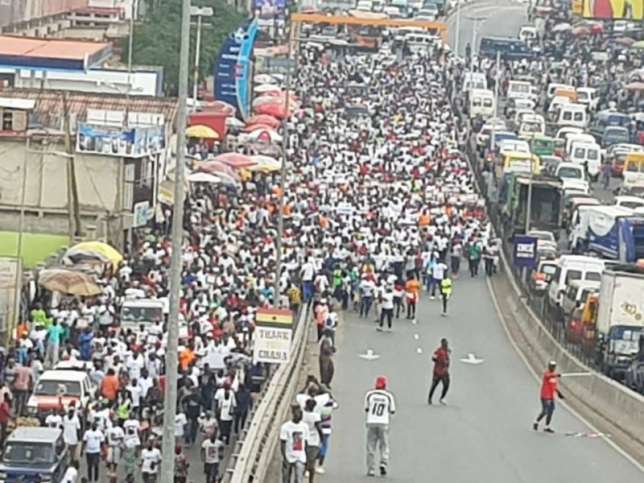 Thousands of supporters of the National Democratic Congress (NDC) poured unto the streets of Accra to mark Founder’s Day on September 21 with a solidarity walk.
The campaign by the NDC was to unite members and rebuild the party ahead of the general elections in 2020.

The unity walk in Accra was part of a solidarity walk to mark this year’s Founder’s Day, September 21.

The unity walk is themed: “Mobilisation of the grassroots; a shared responsibility”.

This follows the one held earlier at Tamale in the Northern Region which had in attendance leading figures of the party including former president, John Mahama.
Meanwhile, the NDC has vowed to resist plans by President Nana Addo Dankwa Akufo-Addo to substitute Dr. Kwame Nkrumah Founder’s Day celebration with a memorial day on August 4 as the new day.

But the NDC in a statement said the party reserves the right to restore the day as such when it assumes office in 2020.